MidCoast Council is keeping a close eye on local erosion hotspots over the weekend after hazardous surf and severe weather warnings were issued by the Bureau of Meteorology on Friday.

Contractors had recently begun operating the Sand Transfer System at Jimmys Beach to create a sand buffer for winter storm events and while the project wasn’t complete, the part of the buffer that had been established was lost over the weekend.

“Overall, we’re relieved with how our beaches have fared, particularly Old Bar and Manning Point, with the sand scraping that has been completed on these beaches over the last couple of years, proving to be our best line of defence here at this stage,” said Council’s Director of Infrastructure and Engineering, Rob Scott.

“While Jimmys Beach is concerning, the beginning of the Sand Transfer System campaign has been timely.

“We are back to square one now and the system will continue operating until completion of this renourishment campaign in about three weeks time.”

Council will continue to monitor weather predictions and the condition of local beaches as winter begins and east coast low events are expected. 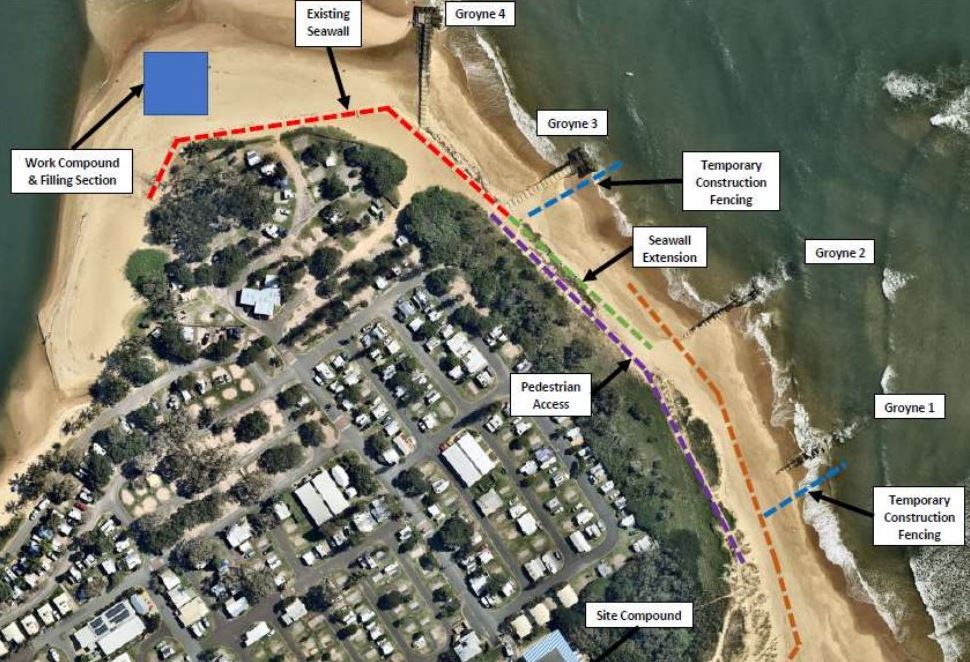