Since March 2021, Wasa Dredging has been busy working for the main contractor Rohde Nielsen AS in Klaipeda, Lithuania.

The works are part of the contract for “Capital dredging to 15.0m depth in Klaipėda State Seaport inner navigation channel from PK(21) to PK(85)”.

Wasa’s involvement in the project includes dredging of approx. 1 million m³ of soft to hard: clay, silts and sand. The dredged soils are dumped at an offshore location, some 23 km from the dredging areas.

The company’s 360-tonne backhoe dredger “Optimus” with a 18m³ bucket is used for the dredging operation. A spread consisting of 4 split hopper barges, which includes: “Boann” and “Sinann”, takes care of the transport of the dredged soils.

Wasa anticipates that their role in this massive dredging project will be finalized by mid July 2021. 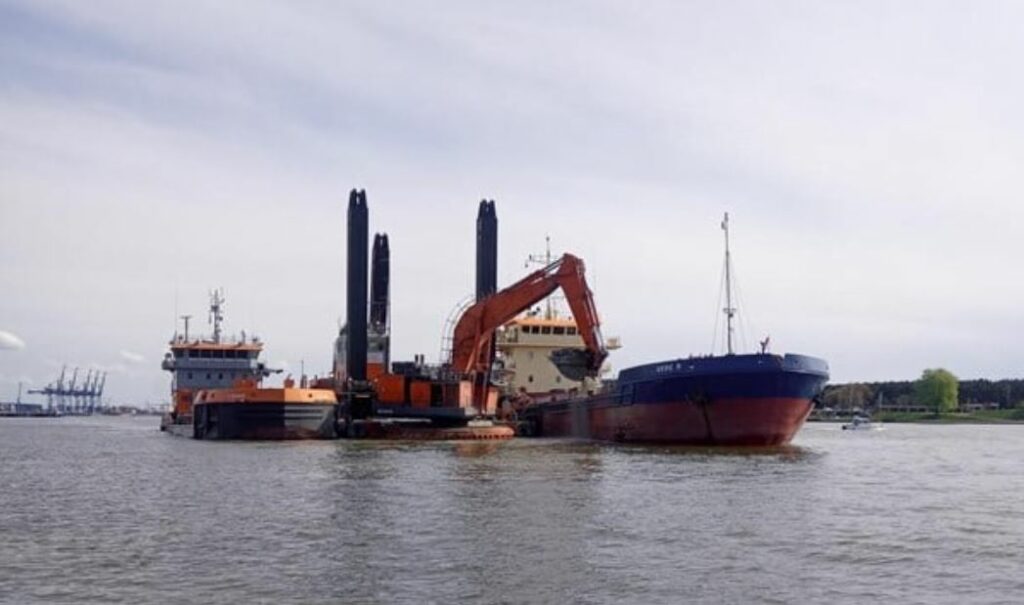