Coastal Protection and Restoration Authority (CPRA) of Louisiana has just announced that good progress is being made on West Grand Terre barrier island restoration project in Jefferson Parish.

According to CPRA, two dredges are being used to restore over 530 acres of beach, dune, and back-barrier marsh on the island.

This island is located at the mouth of Barataria Bay and is bordered by Barataria Bay to the north, Barataria Pass and Grand Isle to the west, Quatre Bayou Pass to the east, and the Gulf of Mexico to the south.

Over time, the high frequency of tropical storms, high bay and gulf shoreline erosion rates, the subsidence of back barrier marshes, and a lack of sand in an already sediment-deprived system have caused the breakup of Grand Terre into two islands. In addition, these processes have resulted in the loss of natural terrestrial and aquatic barrier island habitats.

The barrier shoreline of western Grand Terre Island will be restored by constructing 40 acres of dune from the Lyle S. St. Amant Marine Biological Laboratory to the U.S. Army Corps of Engineers’ disposal area.

An estimated 2.5 million cubic yards of sediment will be dredged from a borrow site approximately 4.5 miles to the southeast to renourish the beach and dunes and expand the back barrier marsh. Like other renourishment projects, the final steps will be to add fencing and plant vegetation to reduce erosion. 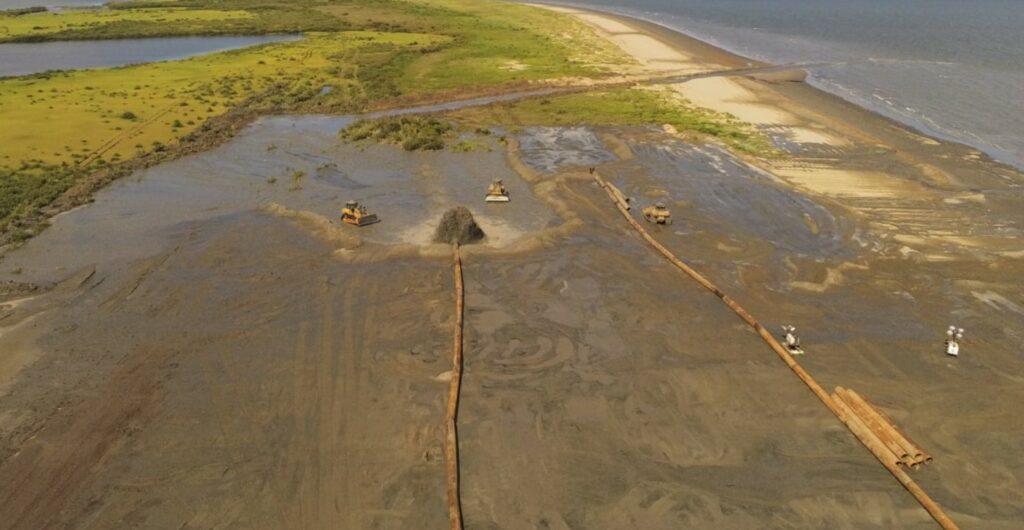