Advertisement
Back to overview
Home Dredging Today Ever Given dispute: Speculation about $540M settlement is pointless

Ever Given dispute: Speculation about $540M settlement is pointless

An agreement between the owners of the 20,000 TEU containership Ever Given and the Suez Canal Authority (SCA) has yet to be sealed.

The vessel’s P&I insurer, the UK P&I Club released the following statement last week: “Following extensive discussions with the Suez Canal Authority’s negotiating committee over the past few weeks, an agreement in principle between the parties has been reached.”

“Together with the owner and the ship’s other insurers we are now working with the Suez Canal Authority to finalize a signed settlement agreement as soon as possible. Once the formalities have been dealt with, arrangements for the release of the vessel will be made.”

Al Arabiya reported a couple of days ago – citing unnamed sources – that the preliminary settlement was signed for $540 million in compensation.

Any speculation about the compensation amount was pointless until steps were taken to unmoor Ever Given, Mohy El Alwany, a lawyer for the Suez Canal Authority, told The National.

The SCA had originally asked for $916 million to cover lost revenue due to halted ship traffic and for damages caused to the waterway.

With a length of 400 meters and a width of nearly 60 meters, the 20,000TEU container vessel Ever Given was wedged in this vital shipping route for six days this March, blocking all shipping traffic. 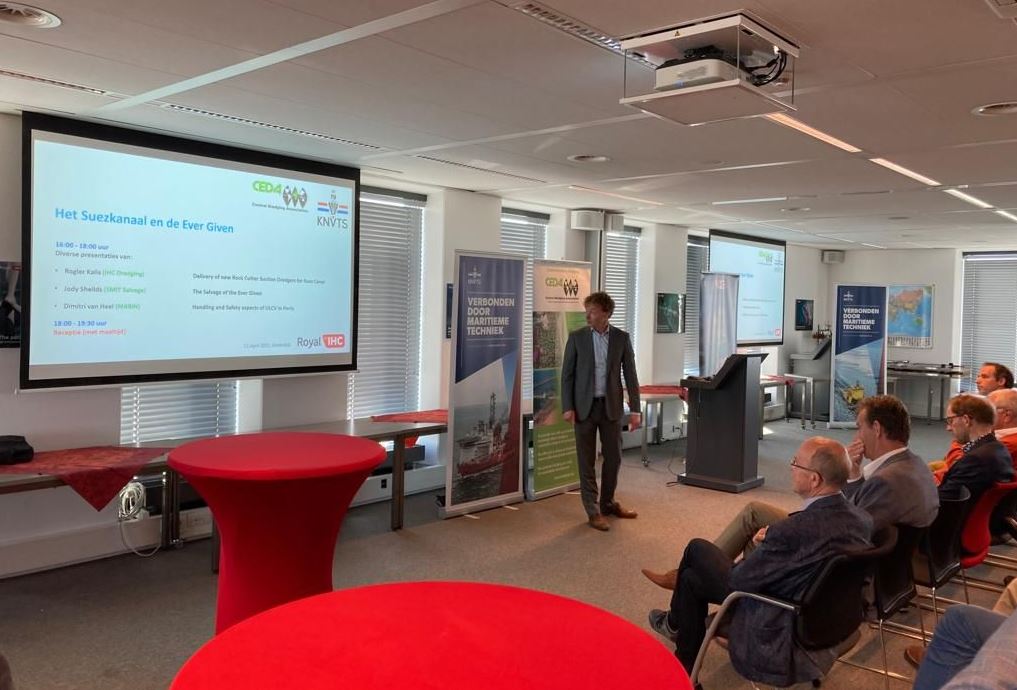 Suez Canal and Ever Given meeting by Royal IHC
Posted: 5 months ago
VIDEO: Timeline of Ever Given crisis management
Posted: 8 months ago
Suez Canal: Work to prevent second Ever Given disaster in full swing
Posted: 7 months ago
Advertisement
Related jobs