A ceremony was held at Damen Shipyards Hardinxveld recently to mark the naming of the first of a new model in the Damen Shoalbuster range.

The ultra-shallow, Shoalbuster 3514 SD was christened Brutus by Mrs Mandy Heere-van Eijk, on behalf of the tug and workboat company Herman Sr.

To mark the occasion, Mr Jack van Dodewaard, director of Herman Sr, was presented with a scale model of Brutus by the director of Damen Hardinxveld, Mr Jos van Woerkum, after which the latter also presented a gift to Mrs Heere-van Eijk.

The Shoalbuster 3514 SD is one of the largest and most sophisticated in the range. A substantial and versatile working platform, it measures 35 metres in length, nearly 14 metres wide and has a free deck space of 150m2. With a draught of 2.85 metres at full tank capacity and just 2.45 metres at 50%, she is able to access waters inaccessible to other vessels of a similar size and capability.

Four Caterpillar C32 ACERT engines deliver a total of 3,876 bkW (5,280hp) to four 1900mm nozzles, an arrangement that contributes significantly to her shallow-water capability. And with 60 tonnes of bollard pull, she also has powerful towage capabilities.

Among the many other roles which the Brutus will be capable of taking on are dredging support, PLGR operations, ROV surveys and a 600 x 800mm moonpool for multibeam access, mattress installations, UXO clearance, mooring, pushing, ocean-going towage and general offshore supply vessel duties.

Other features include four-point mooring and she is also equipped for anchor handling with an open stern complete with roller.

The accommodation is comprised of twelve cabins for six to seven crew plus thirteen to fourteen additional personnel. 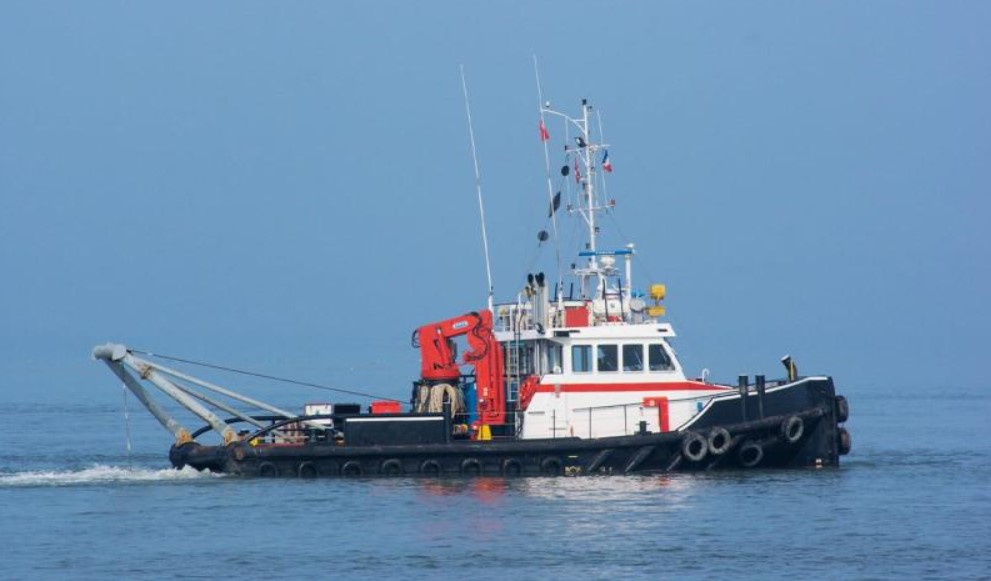