The U.S. Army Corps of Engineers, Portland District has just released a photo of the Dredge Essayons dredging the Columbia River at Longview, Washington.

During the dredge season of 2020, the vessel successfully removed over 2,000,000 CY of sediment from the Columbia River.

The Corps’ hopper dredge Essayons was delivered to the Portland District in 1983. The vessel, operated by a merchant marine crew, helps maintain the entrance bars, rivers and harbors on the coasts of California, Oregon, Hawaii, Alaska and, in emergencies, the Mississippi River.

Because of its size and dredging depth, the Essayons is particularly well-suited for dredging the larger coastal entrances and larger-volume sand deposits in river channels.

Designed to operate anywhere in the world, the Essayons is automated for operation with a semiautomatic drag-arm handling system. 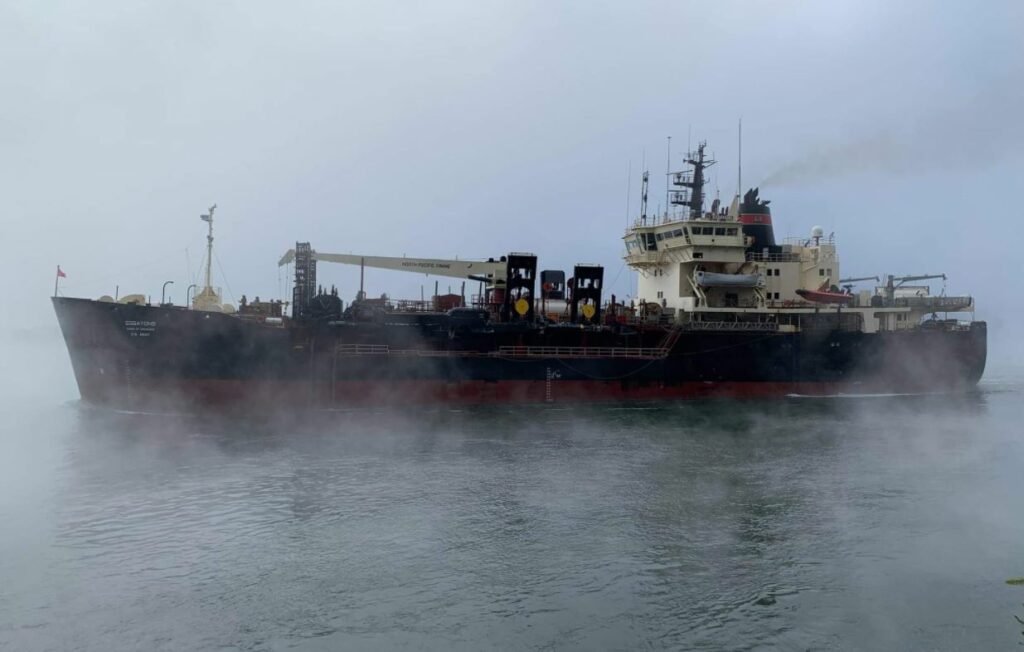