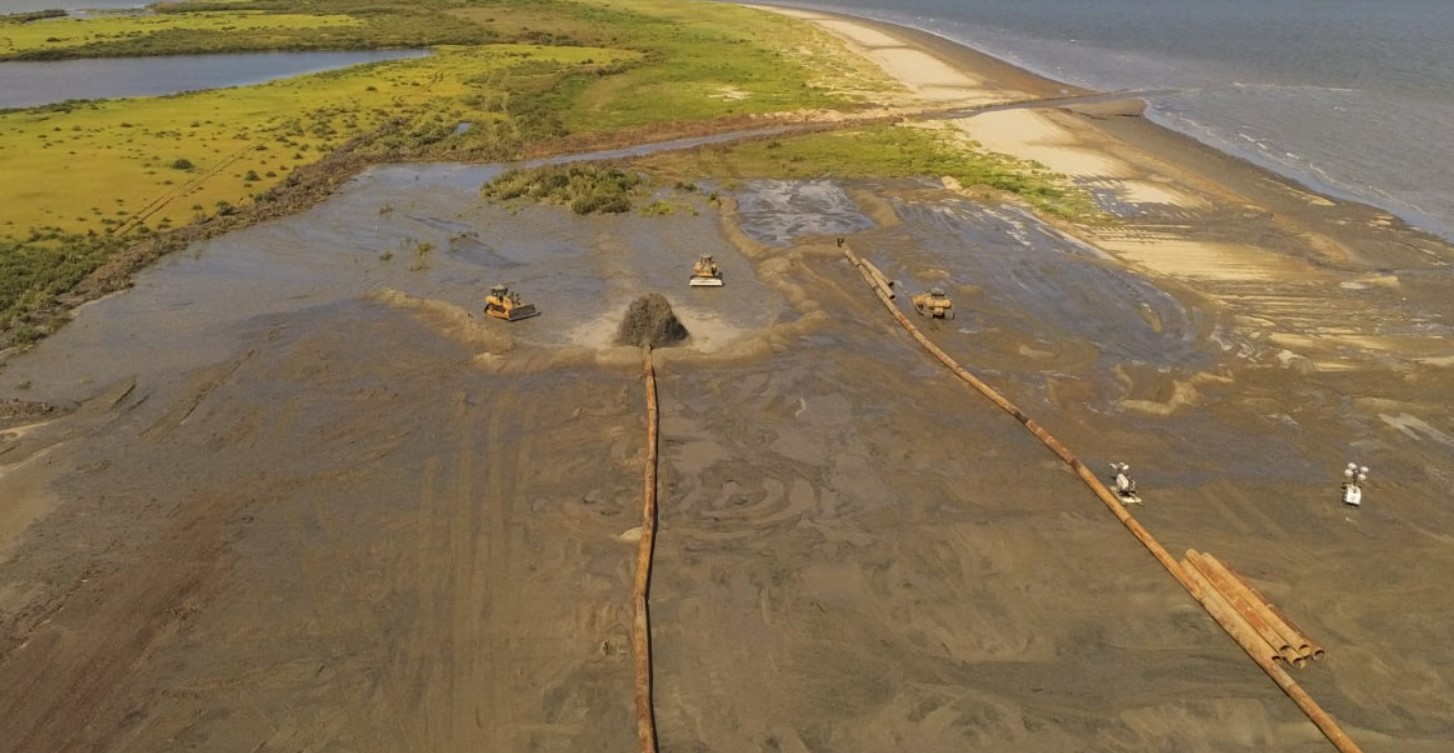 Restoration work continues on one of Louisiana’s most recognizable barrier islands, the West Grand Terre.

West Grand Terre is one of the Barataria Bay chain of barrier islands, stretching about 2.8 miles long.

This island is located at the mouth of Barataria Bay and is bordered by Barataria Bay to the north, Barataria Pass and Grand Isle to the west, Quatre Bayou Pass to the east, and the Gulf of Mexico to the south.

According to Coastal Protection and Restoration Authority (CPRA), nearly 3 million cubic yards of sediment are being used to restore 530 acres of beach, dune, and back barrier marsh.

Most of the funding for the $102 million West Grand Terre Beach Nourishment and Stabilization project comes from settlements from the BP oil spill.

Using over 2.9 million cubic yards of sediment dredged from the Gulf of Mexico, the West Grand Terre project will construct marsh containment dikes and rock breakwaters to allow for land building and increased protection from wave impacts and storm surge.

Because of the hurricane seasons, works on the project will wrap up in November, starting again next year. CPRA is planning to complete this barrier island restoration project by the end of next year. 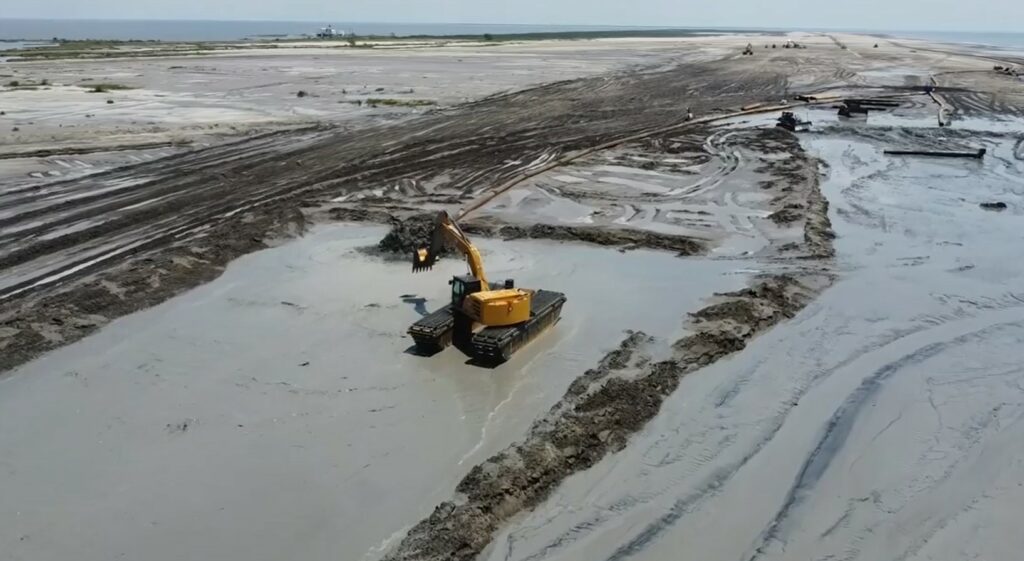