To protect Texel from future floods, Boskalis and Rijkswaterstaat are working hard to renourish the coastline of this Dutch island.

Overall, the project involves replenishing the foreshore near the northern and middle part of the island to dampen the waves as well as nourishing the beach on the southern part.

The company has just released this beautiful image of its hopper dredgers rainbowing sand onto the nearshore area.

To protect coastlines from severe weather and the impact of climate change, Boskalis regularly execute replenishment operations at various locations around the world.

Coastal maintenance is particularly crucial in the low-lying home country of the Netherlands to protect millions of households and businesses against flooding.

Texel is one of the Dutch Wadden Islands, off the coast of the Netherlands. It’s known for the bird-rich Dunes of Texel National Park, with its sandy beaches, grass-topped dunes and forest trails. 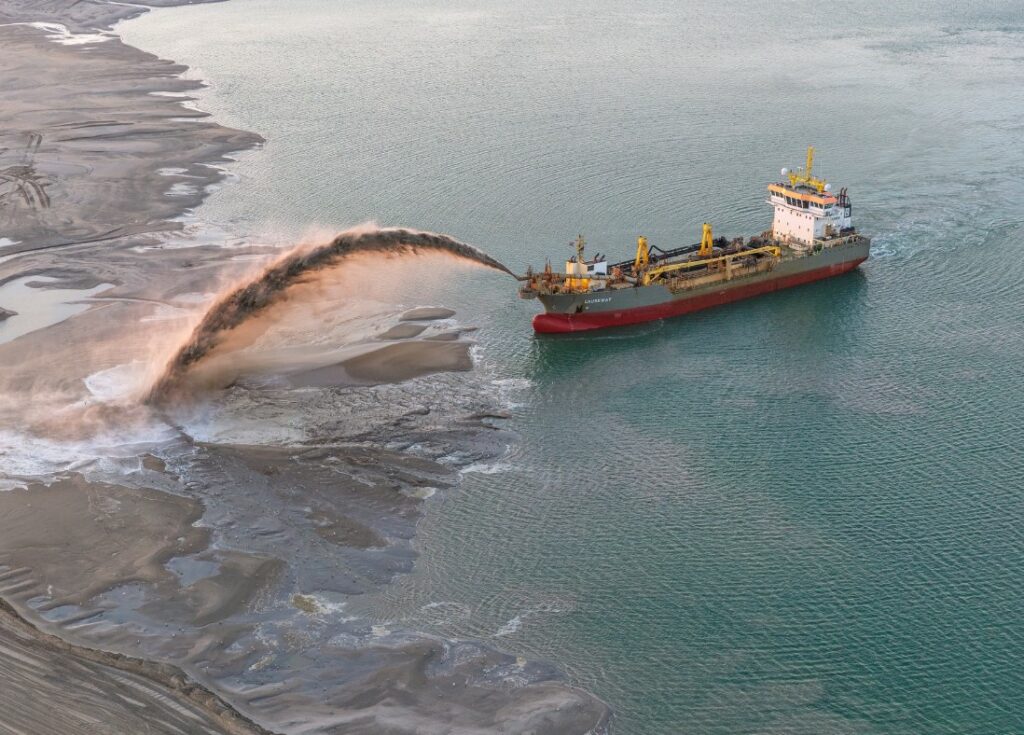