Canada invests in harbours across the Prairies

The Government of Canada recently announced that they will invest more than $3.5 million to help renew the harbour infrastructure throughout Manitoba and the rest of the Prairies.

Coastal communities across the country are supported by small craft harbours that provide the commercial fishing industry with safe access to waterways.

According to government officials, Canada is investing big to renew its network of small craft harbours and is working with municipalities and other stakeholders to ensure this important infrastructure can enhance local communities.

“Small craft harbours are vital to so many fisheries and entire communities across Canada, including the Prairies. By investing $300 million to build greener, safer, and more efficient harbours from coast to coast to coast, we’re investing in the people who live in those communities, and rely on these harbours every day,” said Bernadette Jordan, Minister of Fisheries, Oceans and the Canadian Coast Guard.

A number of Manitoba harbours have been identified for improvements including the one in Gimli. Launch ramps will be rebuilt at Calder’s Dock and Gull Harbour on Lake Winnipeg, Mossey River, Whitefish Point on Lake Winnipegosis, Whiskey Jack Portage on Kiskittogisu Lake.

Wharf improvements are planned for Thicket Portage on Wintering Lake, as well as at the small craft harbour in Missinipe, Saskatchewan on Otter Lake.

“Gimli is the biggest harbour between Ontario and B.C. In the heart of Manitoba’s Interlake region the Gimli harbour has received numerous improvements over the past few years and it’s great to see these latest investments, not only for Gimli but for several harbours across the Prairies,” commented Jim Carr, Member of Parliament for Winnipeg South Centre and Special Representative for the Prairies.

Also, in Alberta engineering investigations are planned at small craft harbours in Canyon Creek and Hardisty. 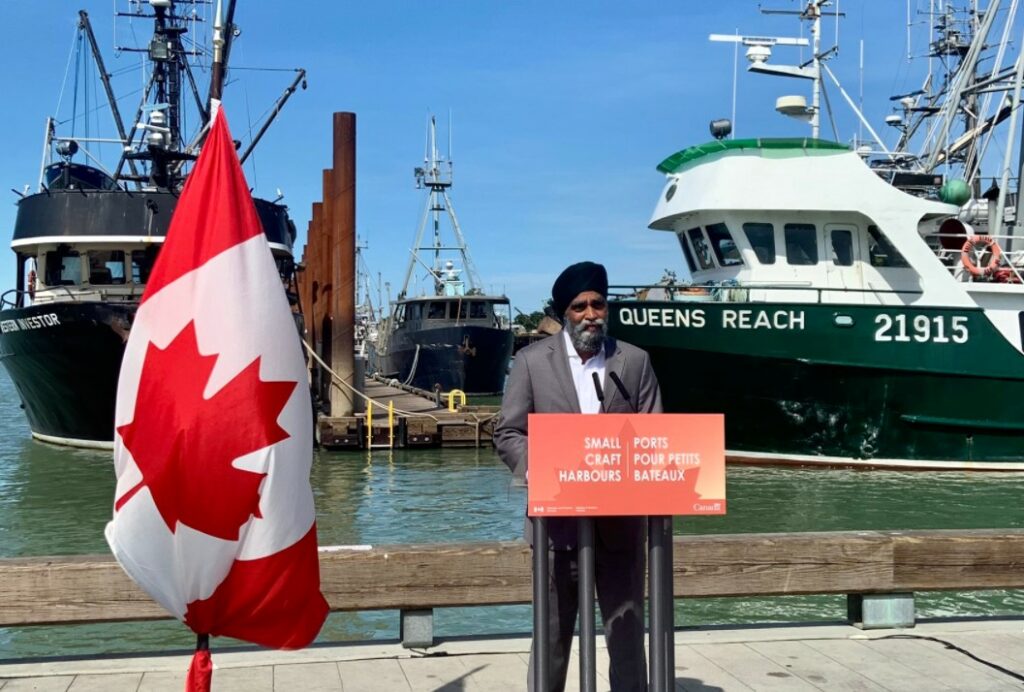