After years of planning, the restoration work on the Crab Bank Seabird Sanctuary between Sullivan’s Island and Patriots Point is now underway.

The USACE’s Charleston District announced yesterday that Virginia-based contractor Norfolk Dredging Company was moving hydraulic pipe into the area for its dredge to begin pumping operations as soon as today.

The project calls for the one-time placement of approximately 660,000 cubic yards of compatible material from the Charleston Harbor Deepening project to create approximately 32 acres of of prime nesting habitat above mean water for nesting birds.

The project, sponsored by the South Carolina Department of Natural Resources, is expected to benefit the nesting and migrating seabird species that used the sanctuary prior to Hurricane Irma removing the last remaining bit of nesting ground in 2017.

This restoration program has been in the works since 2018 when the planning and fundraising for the project began.

According to USACE, federal grants, along with contributions raised by non-profit groups, businesses and private citizens, will fund a majority of the work. 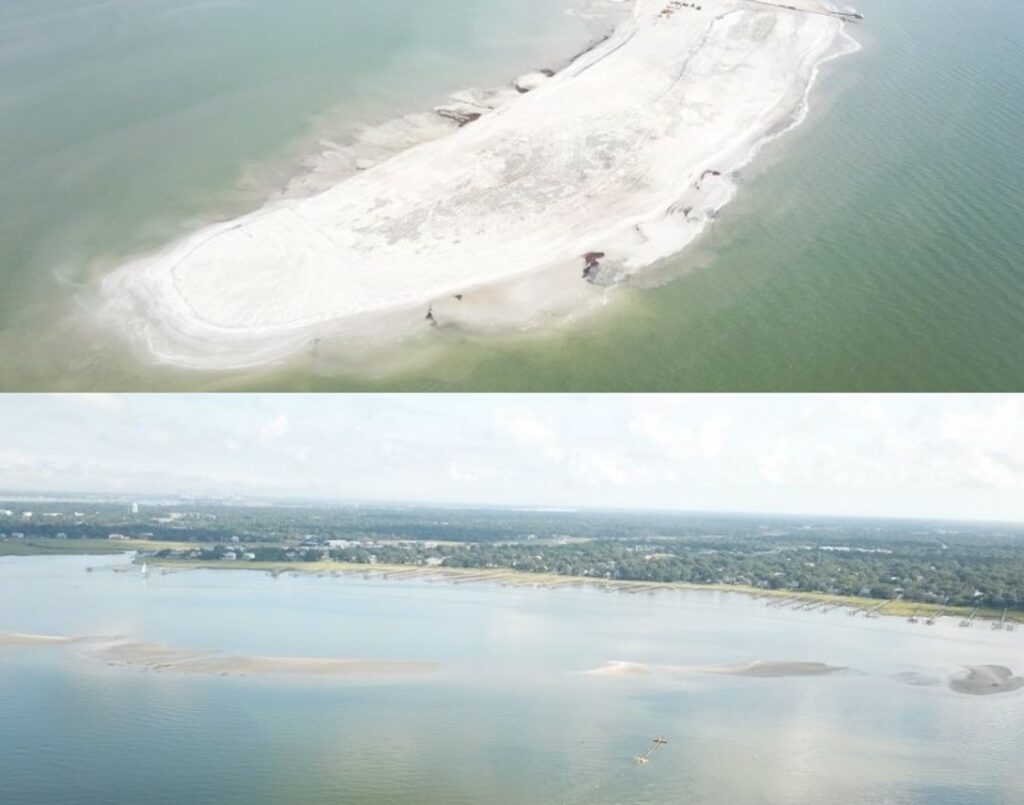