BW Ideol and Ardersier Port Authority have signed a partnership agreement on securing access to the Scottish port for the production of its concrete floaters.

Under the agreement, the parties will study the creation of a serial production line for floating wind substructures based on BW Ideol’s technology.

Commenting the latest news, Paul de la Guérivière, CEO of BW Ideol, said: “The Scottish government has actively initiated the development of a large floating wind industry in Scotland through the Scotwind Leasing and the launch of a consultation for a new Sectoral Marine Plan for Offshore wind for Innovation and Targeted Oil and Gas Decarbonisation.”

“This pipeline of projects represents a unique opportunity to create a dedicated supply chain in Scotland.”

Steven Regan of Ardersier Port Authority added that “The UK has set a world leading net zero target to build back better which means building back greener. This strategic partnership allows us to work towards bringing an essential manufacturing facility to Scotland which complements our vision of using circular economy practices to deliver the United Kingdoms Energy Transition plans.”

“At Ardersier we will deliver a world class multi disciplinary facility of a unique scale that will provide long term sustainable benefits to clients and communities.”

The Ardersier Port site is the largest brownfield port in the United Kingdom.

The site comprising 400 acres of port area with access to a 2.2km quay and 350 acres of statutory harbour authority has been identified as one of three sites on the East coast of the United Kingdom with the size, scale, shape, and location capable of being an Offshore Renewable Energy Hub Port.

By signing this partnership, BW Ideol is securing a unique access to a strategic asset, unlocking the bottleneck of port infrastructure availability in Scotland.

According to their official announcement, dredging works will start during the next month with completion expected by August 2022.

BW Ideol also said that further details on the new port masterplan will be available during a signing ceremony to come. 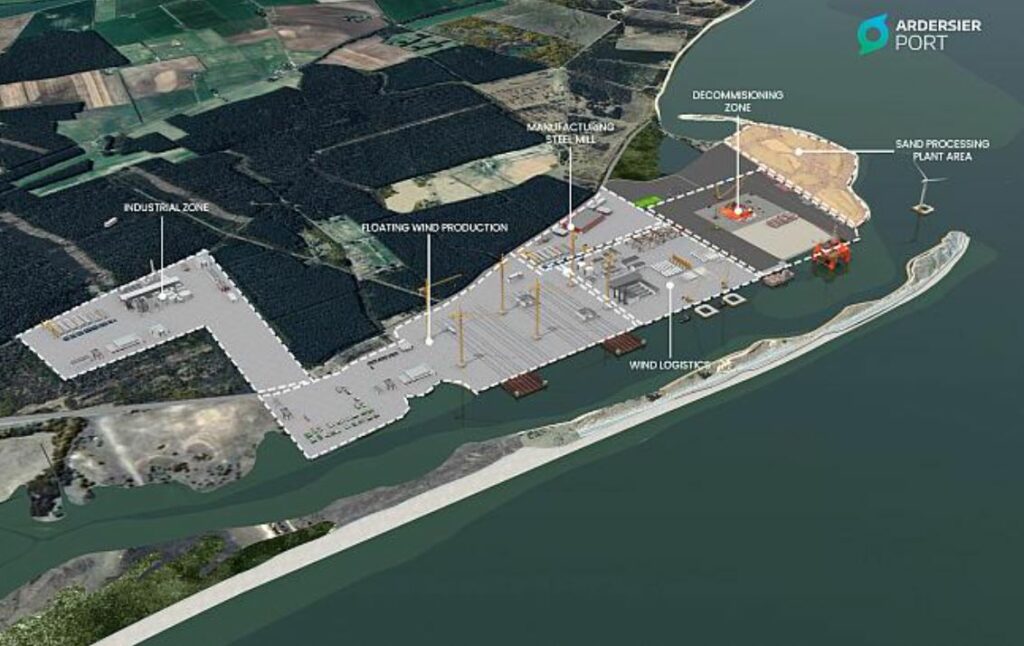