In the video, Gabriel Schmidbauer, USACE Buffalo District project manager, provides an update on the repair works on approximately 1,300 feet of seawall of the northern section of LaSalle Park in Buffalo, NY.

The seawall fronting the Colonel F.G. Ward Pumping Station has deteriorated over time due to Lake Erie ice and wave action.

Protecting the pump station is essential because it is the primary source of drinking water for the City of Buffalo residents.

The project is being closely coordinated with the $50 million Imagine LaSalle to achieve the future vision of LaSalle Park. 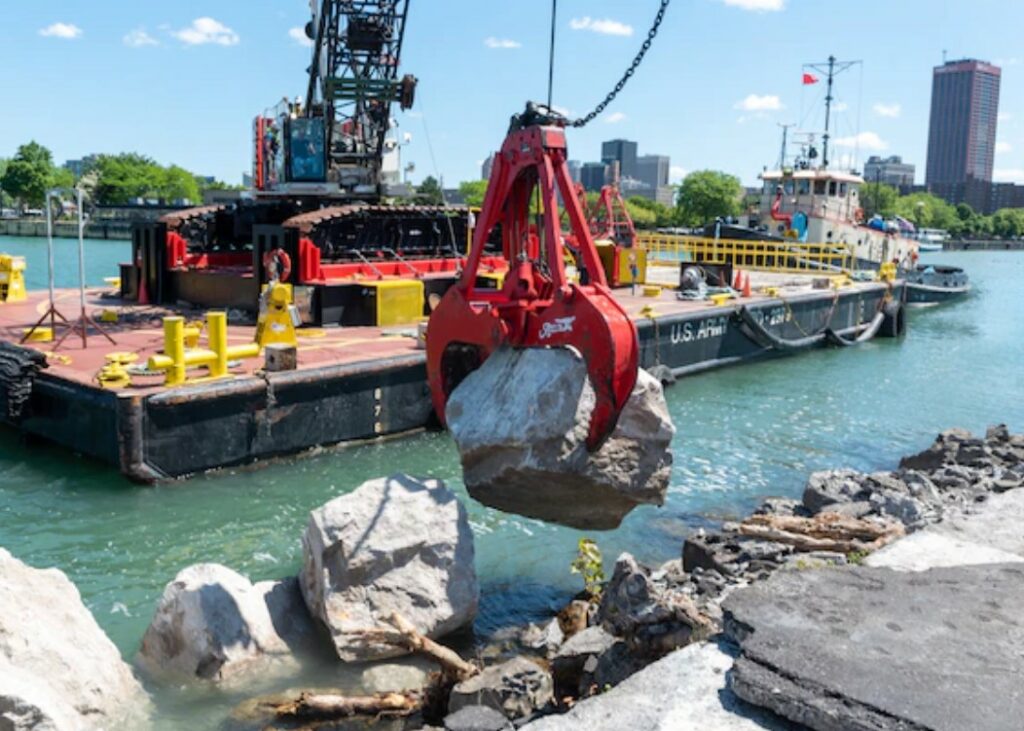