Nantuxent Creek dredging project that will restore channels to a safe navigable depth and restore endangered species habitat in Cumberland County is now underway, according to the New Jersey Department of Transportation (NJDOT).

The $1.6 million project will dredge the State Channel in Nantuxent Creek to allow for safe navigation in and out of the port at Money Island, while restoring a section of shoreline to serve as essential habitat for endangered species.

Dredging is underway and will continue 24-hours-a-day, seven-days-a-week, through November 2021. An estimated 40,000 cubic yards of sediment will be removed from the channel. The channel will be dredged to a depth of nine feet at low tide with an allowable over dredge of one foot.

Large storm events, most notably Superstorm Sandy in 2014, have caused extensive damage to the Money Island shoreline and deposited large quantities of sediment, which has narrowed the channel.

NJDOT’s contractor, H&L Contracting LLC, will work to place all material removed from the channel onto 1,800 linear feet of shoreline to create a dune ridge, sand beach, and essential habitat for endangered species in an area decimated by Superstorm Sandy. The shoreline has been identified as critical habitat for federally-listed threatened Red Knot and the Horseshoe Crabs.

NJDOT’s Office of Maritime Resources is leading the project, working in collaboration with the NJ Department of Environmental Protection’s Blue Acres program, Division of Fish and Wildlife, and Division of Coastal Engineering.

Channel use may be limited where the mechanical dredge is in operation and where the barge is carrying dredged material to its placement locations. Full channel closures are not expected, although this is subject to change. 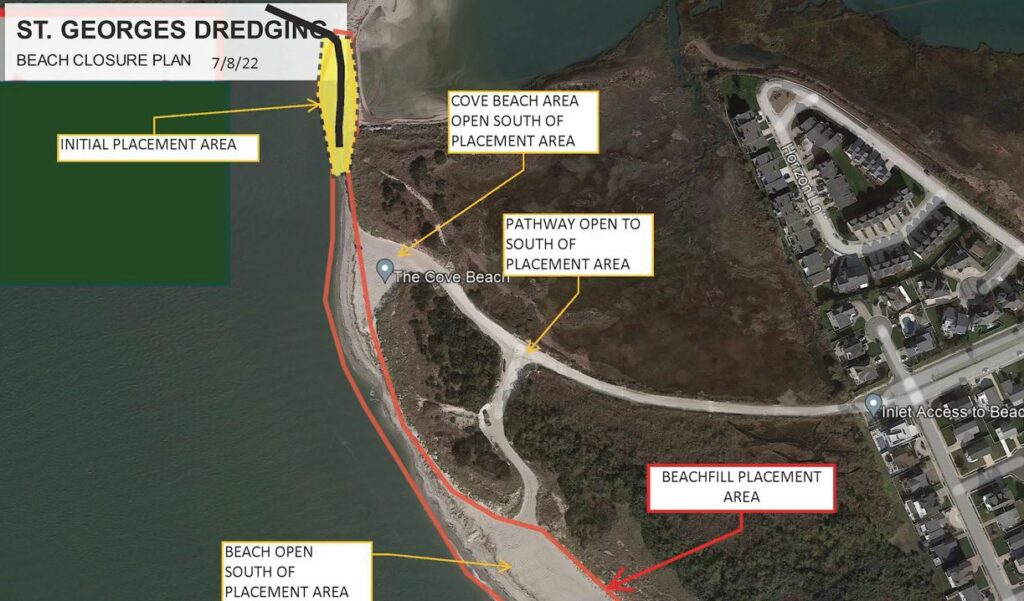