Officials with the S.C. Department of Natural Resources (SCDNR) and the Charleston District of the U.S. Army Corps of Engineers, together with the contractor Norfolk Dredging Company, recently celebrated the completion of Crab Bank Seabird Sanctuary restoration project.

Norfolk Dredging began placing approximately 660,000 cubic yards of compatible material from the Charleston Harbor Deepening “Post 45” project in mid-September, but the completion of that work is the culmination of years of careful planning, fundraising and community involvement for an effort that will have long-lasting benefits for both birds and the local economy.

“The restoration of Crab Bank will serve as a landmark legacy of the Charleston Harbor Post 45 Deepening Project as a project that is recognized as both a turning point for shorebird habitat and as a visible reminder of the multidimensional impact of the deepening project taking place underwater,” said Lt. Col. Andrew Johannes, commander of the USACE’s Charleston District. “The team worked around-the-clock for seven weeks to restore approximately 32 acres of prime nesting habitat for threatened shorebird populations. We are proud to have partnered with SCDNR on the restoration of this vital habitat and are excited to welcome back the birds this spring.”

Located in Charleston Harbor between the tip of Sullivan’s Island and Patriots Point, the restored Crab Bank will provide prime nesting habitat above mean high water that will benefit a wide variety of nesting and migrating seabird species.

Planning and fundraising for the restoration of Crab Bank, which is owned and managed by SCDNR, began in 2018. Federal grants and contributions raised by a coalition of non-profit groups, businesses and private citizens helped fund the work.

The opportunity to restore Crab Bank was made possible through a cost-share partnership with the USACE, with SCDNR able to provide its share due to the support of a sustained public fundraising campaign. Dozens of businesses, students and hundreds of individual small donors contributed to the campaign.

SCDNR biologists expect that beginning in the spring of 2022, sea and shorebird species will return to congregate on Crab Bank, which will once again provide critical habitat for nesting and an important resting stop for migrating birds. 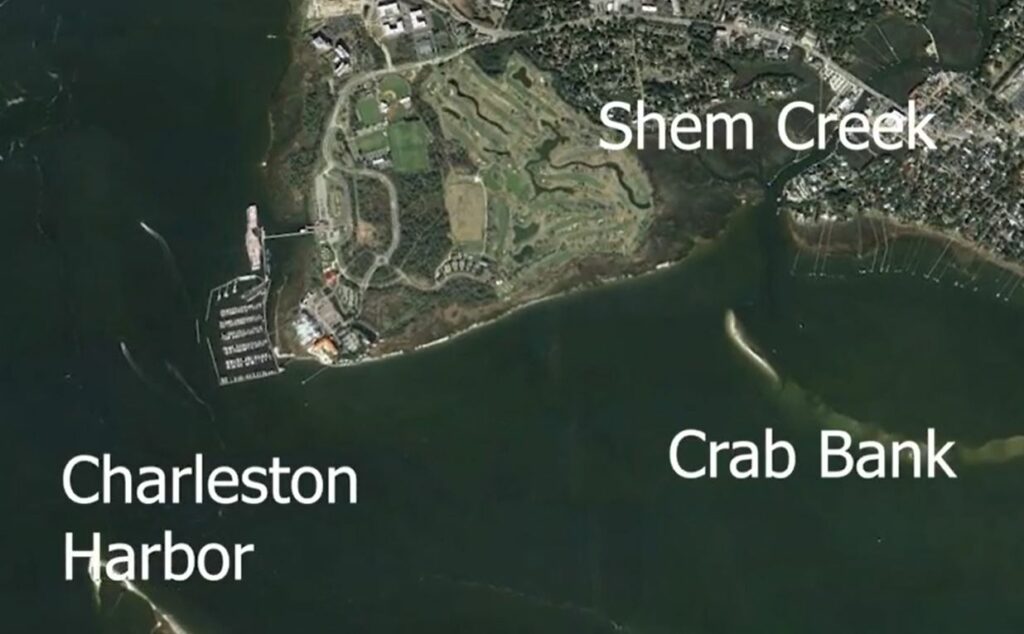