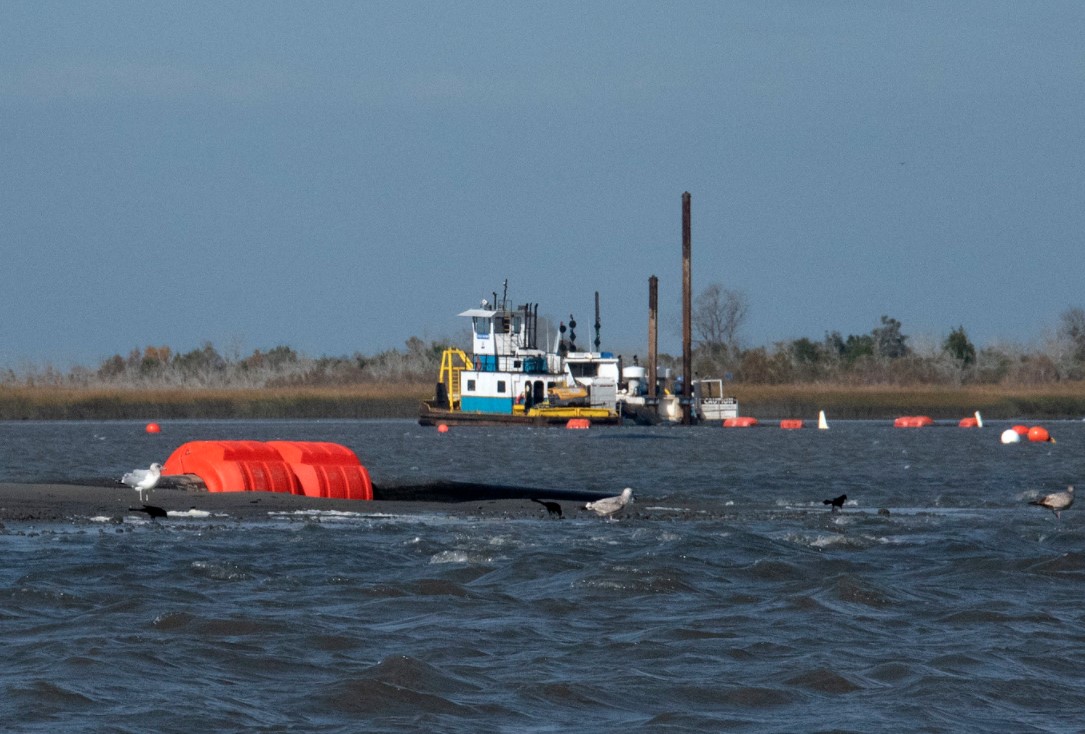 The U.S. Army Corps of Engineers, Savannah District have partnered with the Georgia Department of Natural Resources to use reclaimed dredge material from the Altamaha River to create a new bird island this month.

The island, located at the mouth of Altamaha Sound, is made completely from reclaimed dredge material, a mixture of sand, silt, and clay pumped from the bottom of the Altamaha River.

The Savannah District is charged with keeping federal channels and waterways navigable via maintenance dredging. Typically, the dredged material is stored in upland containment areas, but biologists are finding many beneficial uses for the material such as creating and restoring natural habitats.

“We’ve been itching to make some new bird islands out here for many years so it’s really exciting to see one come to fruition,” said Tim Kyes, DNR wildlife biologist. “This project has been fantastic thanks to our partnership with the Georgia Coastal Resources Division and the Corps who have taken the initiative and ran with this. With their help we expect to create many great homes for several targeted species including American oyster catchers, Wilson’s plovers, royal turns, sandwich turns, black skimmers, gull-billed terns, least turns, and maybe even brown pelicans.”

Each year, Georgia’s coast hosts tens of thousands of transient migrating birds on their way between wintering grounds and the high arctic. The beneficial use of dredge material provides an intertidal habitat for foraging and roosting sites that will also benefit high priority species like whimbrel, red knot, and piping plover. The island could also become an important spawning site for horseshoe crabs, which are a critical resource for migratory shore birds.

“It’s been great to see the project through from beginning to end,” said Erica Janocha, Savannah District biologist. “Seeing the island for the first time has been a proud, ‘mom moment’ for me. This has been the one of the first projects that I’ve been able to work on essentially from cradle to grave. Just seeing all the hard work pay off and seeing birds on the island has been super exciting.”

Janocha, along with Jason O’Kane, former district Chief of Navigation, were early advocates of the beneficial use of dredge material in making the island. Over the years, the team faced and overcame several challenges before work could begin.

“We spent years overcoming biological opinions, wildlife assessments, water quality tests, and sediment testing just to get this project on its feet,” Janocha said. “After finally seeing the island in person, I know this is just the beginning of many opportunities that we can create on the AIWW. We look forward to continuing our work with GA DNR, and with Anna Godfrey and Jared Lopes at the District, to continue the beneficial use of dredge material. We are all motivated to do more as stewards of our environment.”