The U.S. Army Corps of Engineers, Alaska District has received authorization and funding for an array of critical construction projects and activities that will contribute to the development of the state’s water resources and help boost the economy.

Following the recent enactment of the Infrastructure Investment and Jobs Act, and the Disaster Relief Supplemental Appropriations Act, the Alaska District’s Civil Works Program was rewarded with an impressive share of the available funding that covers the federal cost share of the selected projects.

The $940.7 million boon from Congress is a testament to the district’s planning efforts and commitment to mission execution alongside its stakeholders, partners and community leaders.

“We are on the frontlines of an evolving world and Alaska is an integral state to the success of our nation,” said Col. Damon Delarosa, commander of the Alaska District. “These newly allocated funds allow us to continue to build a stronger Alaska through deeds, not words.”

One of the projects that received funding allocations from the infrastructure act is the Port of Nome Modification Project.

The remaining preconstruction, engineering and design phase as well as the first phase of construction for the Port of Nome Modification Project is funded at $250 million. In partnership with the City of Nome, the district has begun designing modifications to the port, also known as Nome Harbor, to alleviate existing vessel restrictions that are imposed by insufficient channel depths and limited harbor space.

The construction project aims to provide larger vessels improved access to Nome’s existing harbor by enlarging the outer basin and creating a new deep-water basin with a depth of minus 40 feet. Dredging would be required to deepen and maintain both basins and associated navigation channels.

Currently, ship transportation is limited by existing depths in the outer basin of minus 22 feet. This depth is inadequate to safely accommodate vessels of drafts greater than about 18 feet.

The Port of Nome is a regional hub located on the Seward Peninsula and adjacent to Norton Sound, which is centrally located along the western coast of Alaska. Nome has no access to major road systems and is approximately 545 miles northwest of Anchorage. 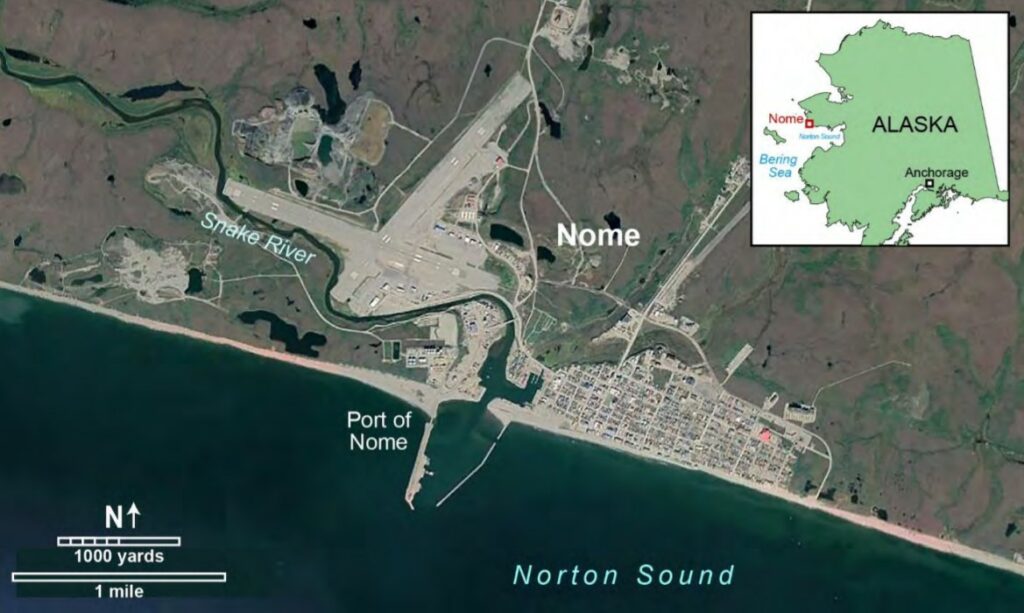