Dredging work on the Savannah Harbor and the associated shipping channel was officially completed yesterday.

This project is part of a 23-year effort to deepen the Savannah River from an authorized depth of 42 feet to 47 feet and extend it seven miles further into the Atlantic.

According to USACE Savannah District, this capital development program is expected to net more than $291 million in annual benefits to the nation.

Also, Georgia’s Deepwater ports and inland barge terminals support more than 496,700 jobs throughout the state annually and contribute $29 billion in income, $122 billion in revenue and $3.4 billion in state and local taxes to Georgia’s economy.

As the lead federal agency for the project, USACE partnered with Georgia Department of Transportation and the Georgia Ports Authority and multiple contractors and agencies.

Weeks Marine completed this portion of the operations – the final deepening of the channel from the Fort Pulaski area up to the Garden City Port.

Given the proximity of the channel to sensitive estuarine resources, USACE, along with its state and federal partners, conducted extensive engineering and environmental studies to identify the expected impacts and continue to ensure those impacts are offset through mitigation.

Some of the Environmental mitigation features included, but are not limited to: 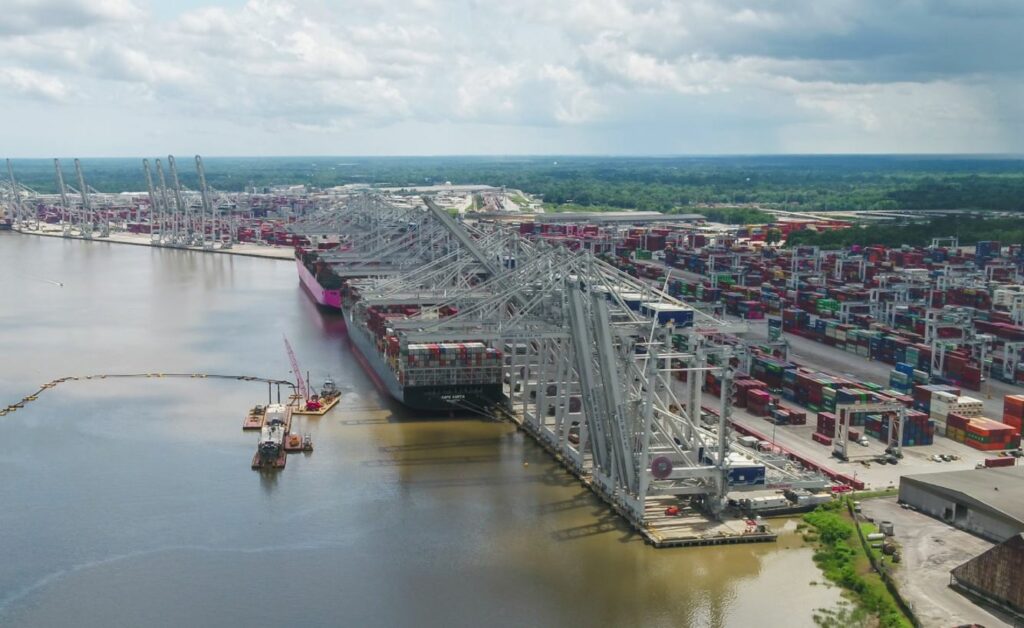