Since the start of the dredging works in June 2021, San Miguel Corporation (SMC) removed almost 40 percent of silt from Pasig River.

The Department of Environment and Natural Resources (DENR) Acting Secretary, Jim Sampulna, recognized the effort of the diversified conglomerate after dredging 321,670 cubic meters of silt and sand, out of the target 836,659 cubic meters, from Pasig River as of March 31.

“We acknowledge the firm commitment of SMC to finish nearly one third of its target to dredge silt and heavy materials out of Pasig River in just a matter of nine months since the project started in June last year,” Sampulna said.

DENR and SMC signed a memorandum of agreement on June 9, 2021, for the implementation of the P2-billion Pasig River Dredging Project.

The project aims to reduce flooding in Metro Manila with increased hydraulic capacity of the river, deepen shallow waters to improve shipping vessel transport, and remove debris and garbage from the river to revive marine life.

SMC is awaiting additional equipment for expansion of its dredging operations in the following weeks. 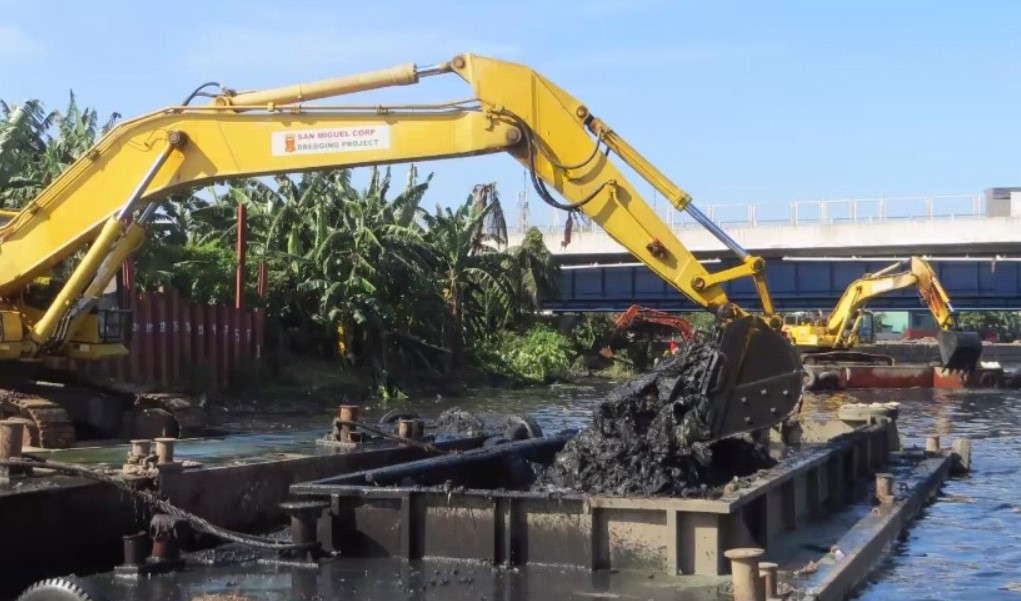