Within the next few days, a special transport will leave Kallo, in Port of Antwerp, Jan De Nul said.

According to Jan De Nul, this is a major component of the storm surge barrier currently under construction by the Agency for Maritime Services and Coast (MSC).

23.5 metre wide, 42.1 metre long and five metre high – that is the size of this concrete threshold. It was under construction at Kallo over the past few months.

This threshold will soon be installed in the harbour channel at Nieuwpoort between both abutments of the storm surge barrier. Later, it will hold the steel barrier in normal, open position.

“It is a unique hydraulic structure in which civil engineering and maritime technology know-how and expertise join forces. Quite fitting for Jan De Nul. The Immersing the concrete threshold is a major milestone in this project. An exploit achieved by Jan De Nul in cooperation with Herbosch-Kiere.”

Installing the concrete threshold is a major milestone in the construction of the storm surge barrier, said Jan De Nul.

The MSC Agency launched the works in the spring of 2018. In the Nieuwpoort harbour channel, both concrete abutments and guide walls were built and the trench for the laying of the threshold was excavated.

The project should be completed in 2025. 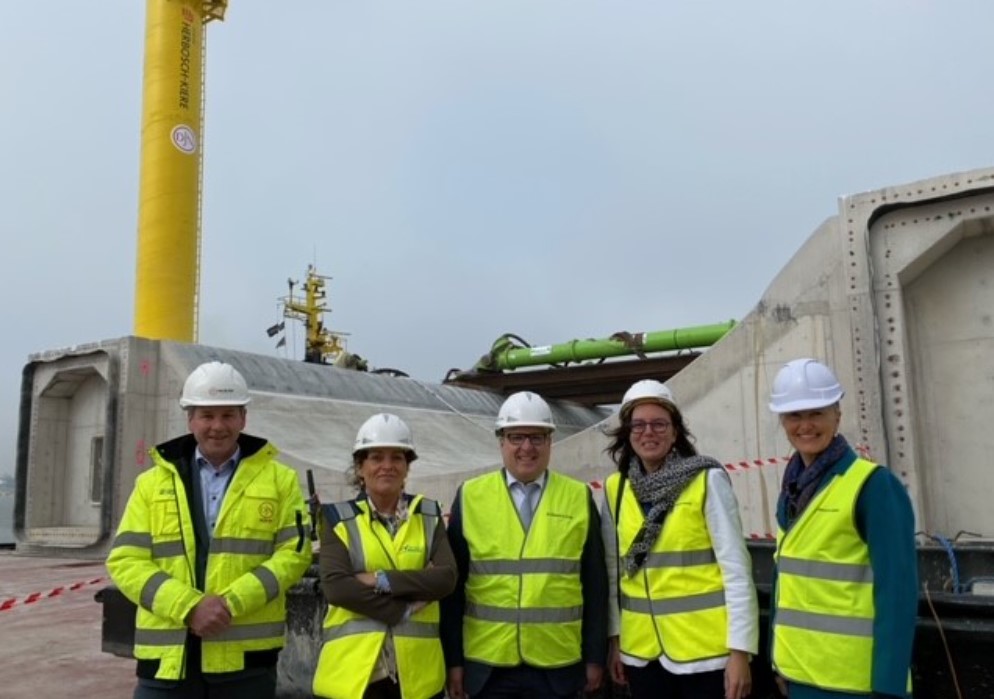