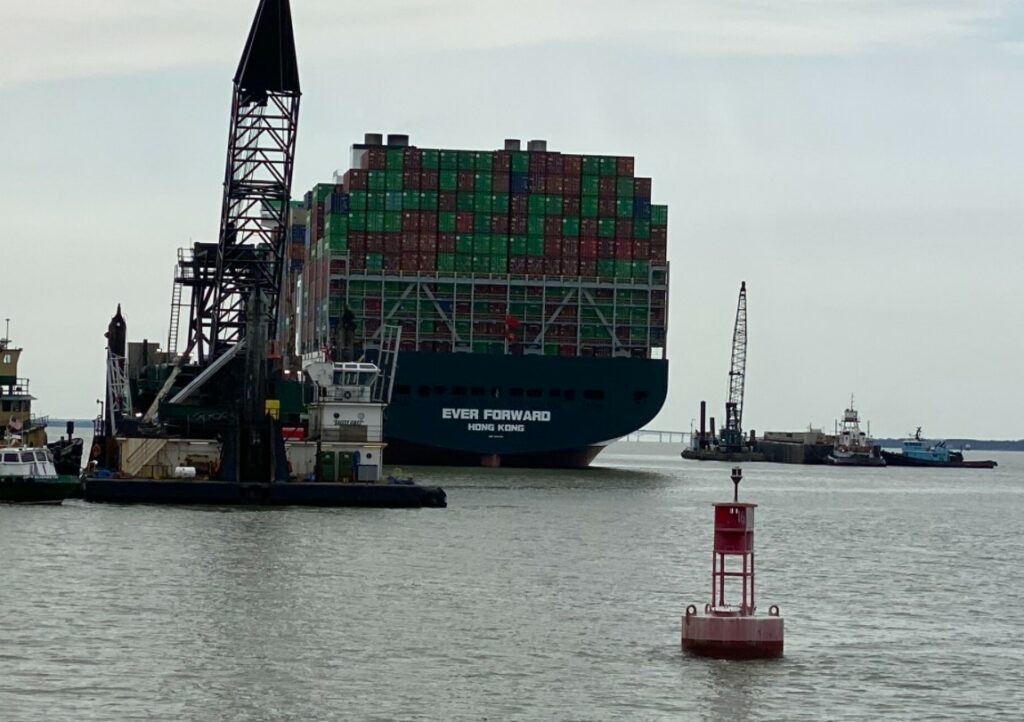 After being stuck in the mud in Chesapeake Bay for more than a month, the Ever Forward was refloated yesterday.

Commenting the latest news, William P. Doyle, executive director of the Maryland Port Administration, said: “A tremendous team effort with a little help from the Easter Sunday rising tide in the Chesapeake Bay. The Evergreen, Ever Forward has been refloated.”

“This was a Jones Act effort, using every facet of the sector including dredging, marine construction, tugs, barges (deck barges, crane barges, and pull barges).”

Following underwater inspections at nearby anchorage, Ever Forward will return to the Port of Baltimore and reload the cargo that had been discharged earlier this month and then continue on its previously scheduled voyage, which begins with Norfolk, VA.

“Evergreen Line is deeply appreciative of the efforts put forth by Donjon-Smit, the salvor, the U.S. Coast Guard, competent authorities of the State of Maryland, and the service providers that were engaged, all of whom worked hard to bring this event to a successful conclusion,” the company said.

Ever Forward is a 12,000 TEU (Twenty-foot Equivalent Unit) container ship, registered and sailing under the flag of Hong Kong.

The ship has been operating in Evergreen Line’s Asia-U.S. East Coast (AUE) Service.

Throughout the refloating efforts, Ever Forward had been regularly found to be free of damage from the incident and no indication of fuel leakage or pollution. 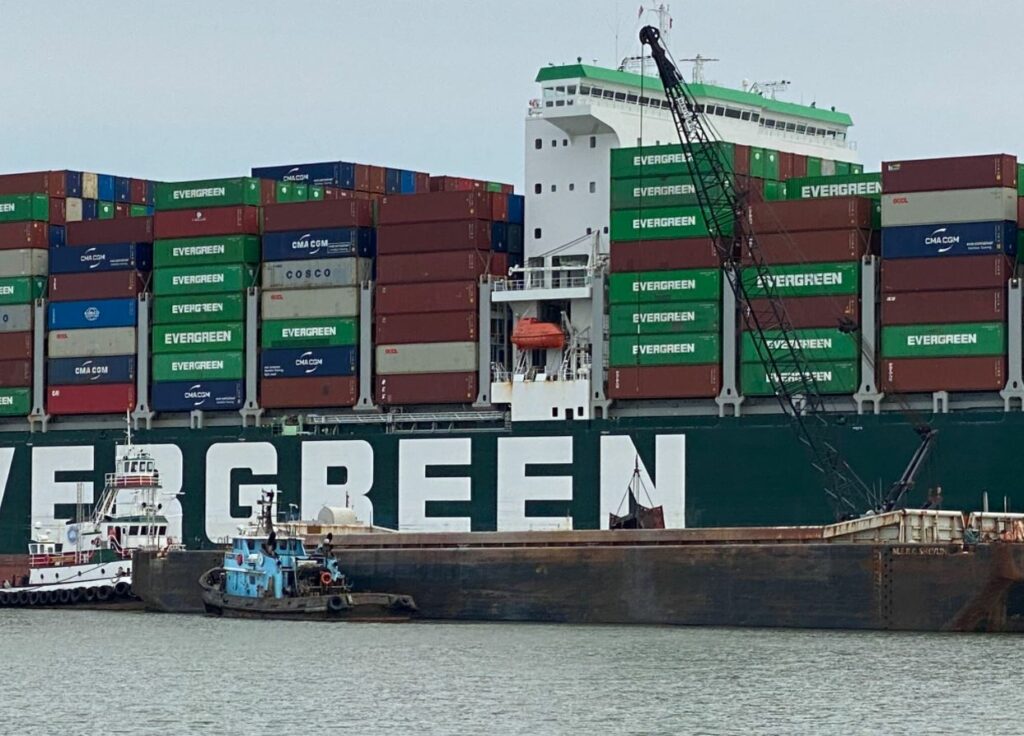