Beneficial use of dredged material for the Hampton Roads project (VIDEO)

The U.S. Army Corps of Engineers, Norfolk District is rallying round Virginia’s largest and most productive seabird colony.

According to the Corps, construction will include using dredged material from the Norfolk Harbor and Channels Navigation Improvements Project.

Aims for the project include restoring approximately 10-12 acres of nesting habitat, while demonstrating sustainable nesting and fledging success for multiple relocated species.

This 100 percent federally funded project is sanctioned under Section 204 of the Water Resources Development Act of 1992, authorizing the Army Corps to implement projects for the protection, restoration and creation of aquatic and ecologically related habitats in connection with dredging for the construction or operations and maintenance of an existing authorized Federal navigation project. 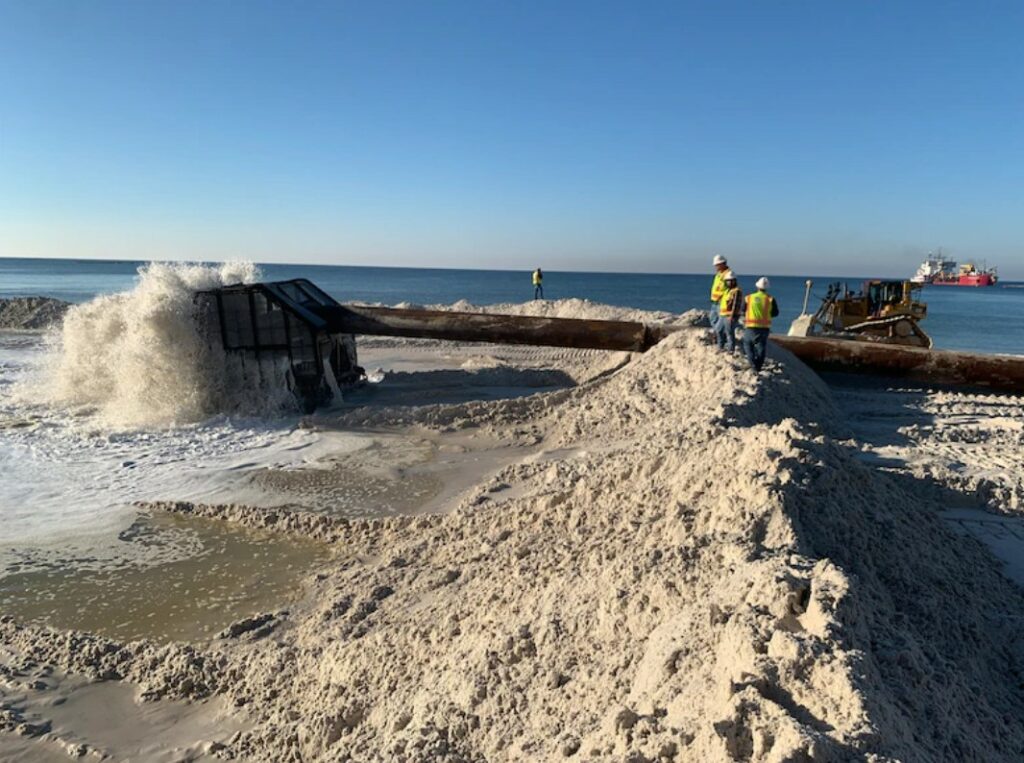 Mobile District determined to beneficial use of dredged material
Posted: 2 months ago
Characterization of Seed Banks in Dredge Material WEBINAR
Posted: 10 days ago
Another big coastal restoration project on the way in Louisiana
Posted: about 1 month ago
Advertisement
Related jobs