Another dredging season kicks off on the Mississippi River

Earlier this week, the Army Corps Dredge Jadwin and 50 crewmembers departed the Vicksburg Harbor for the annual dredging season on the Mississippi River.

They had a quick breakfast with discussion of the upcoming season and the many challenges of working on the Mississippi River.

The dredge season typically begins as soon as the spring water rise is over, in April or May, and ends some time in November. In the off season, the vessel undergoes critical repairs and maintenance. Last year, the vessel removed over 6 million cubic yards of sediment from the Mississippi River.

The Jadwin is a 274-foot, 2400 horse-powered dustpan type of dredge that is capable of dredging as deep as 68 feet. She has a height of four stories and performs dredging duties on the Mississippi River and its ports along the river.

A dustpan type of dredge uses a suction head the width of the vessel and large pumps to move sediment from the navigation channel through a large floating discharge pipe to an area deemed appropriate by a USACE survey crew.

The Jadwin, built at the Marietta Manufacturing Company, in Point Pleasant, West Virginia, is one of four dustpan dredges currently operating in the United States. The Jadwin, Potter, and Hurley, belong to the Corps while the fourth dredge is owned and operated by a private contractor.

She was launched on 30 October 1933, and named for Lt. General Edgar Jadwin, chief of engineers at the time of the disastrous 1927 flood. The vessel was converted from steam to diesel electric in 1985 and the pilot house, galley and crew quarters were remodeled in 2007. 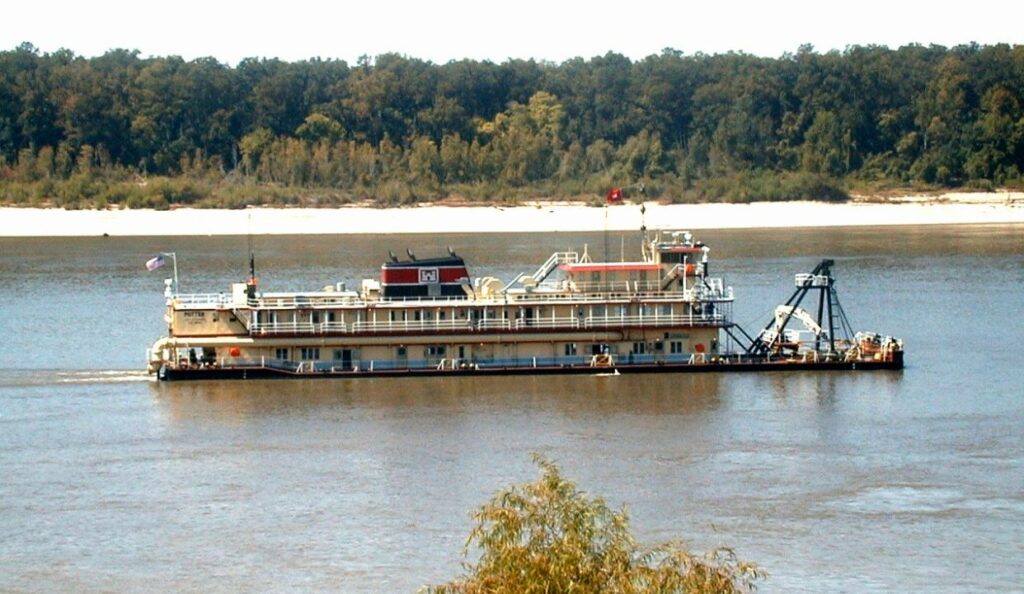