The Port of Virginia and the U.S. Army Corps of Engineers last week signed the agreement committing the federal government to begin its financial investment in the construction effort to widen and deepen the commercial shipping channels and Norfolk Harbor.

With a group of federal and state officials in attendance, Virginia Port Authority CEO Stephen A. Edwards and Col. Brian P. Hallberg, the US Army Corps of Engineers’ Norfolk District commander, signed the Project Partnership Agreement.

The document formally commits the port and the Army Corps to collaborate to deliver the Norfolk Harbor widening and deepening project. Further, it allows the Army Corps to use federal funding to award its first construction contract on the project.

“The importance of this moment in the evolution of The Port of Virginia cannot be overstated,” Edwards said. “This is a modern, twenty-first century port and when you couple our land-based assets and capabilities with the deepest and widest channels – and safest harbor – on the entire US East Coast, you have a recipe for success here for decades to come.”

The commercial shipping channels from the Atlantic Ocean and into the harbor are being deepened to least 55-feet and made wide enough to safely accommodate two-way traffic of ultra-large container ships.

These features put the port ahead of its East Coast peers and in a unique position to attract more cargo and increase efficiency at its terminals.

Edwards said that the biggest ships afloat will be able safely sail to-and-from the port fully-laden with containers. And, he said, the wider channels and two-way ship traffic means greater use of the port’s vessel berths.

“The benefits of this project are unparalleled anywhere on the US East Coast,” Edwards said.

Photo: The Port of Virginia 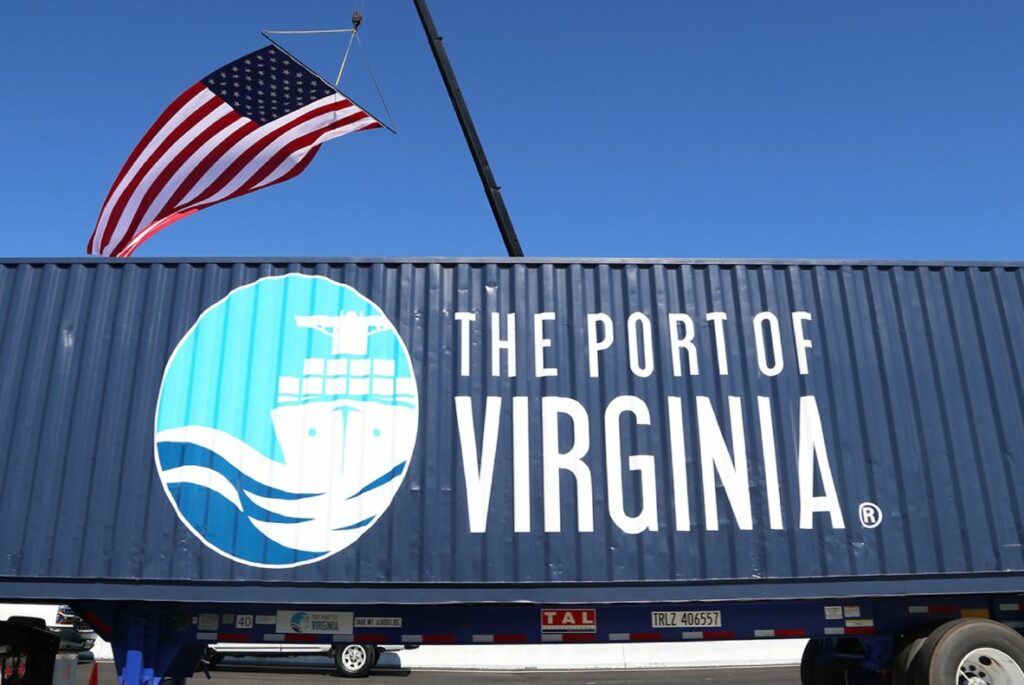