Work is well underway on the USACE Omaha District’s bedrock removal project in the Florence Bend reach portion of the Missouri River near Omaha.

The implementation of the excavation is due to riverbed degradation in recent years, which has lowered water elevation at certain river stages through this reach of the river. This has resulted in insufficient navigation channel dimensions at several locations within Florence Bend.

The shallow depths add risk or hinder passage to the nearly five million tons of cargo moving along the Missouri River annually.

The goal is to excavate a minimum of 120,000 cubic yards of material, and restore adequate channel parameters for river traffic, by contracts end.

“The navigation channel has experienced some degradation over the past few decades due to all the floods that have happened, and the purpose of this project is to restore the draft for the tows to come through, with the goal being to get back to a 300-foot width and nine-foot depth authorized navigation channel,” Daniel Pridal, Omaha district engineer, said.

“We’ve got about 120,000 yards of material to remove and, so far, pretty good progress, but that’s the reason we are out here inspecting the process and following up on it.”

The bedrock is being moved at a pace of 2000 tons a day and operations run 12 hours a day, seven days a week.

This operation is being executed as a part of ongoing maintenance of the navigation channel, which begins at the mouth of the Missouri River at St Louis, Missouri and extends upstream for 734 miles to Sioux City, Iowa.

The base contract of this $8.2 million project is scheduled to be complete in the following days, with option one and two portions completed in October 2022. 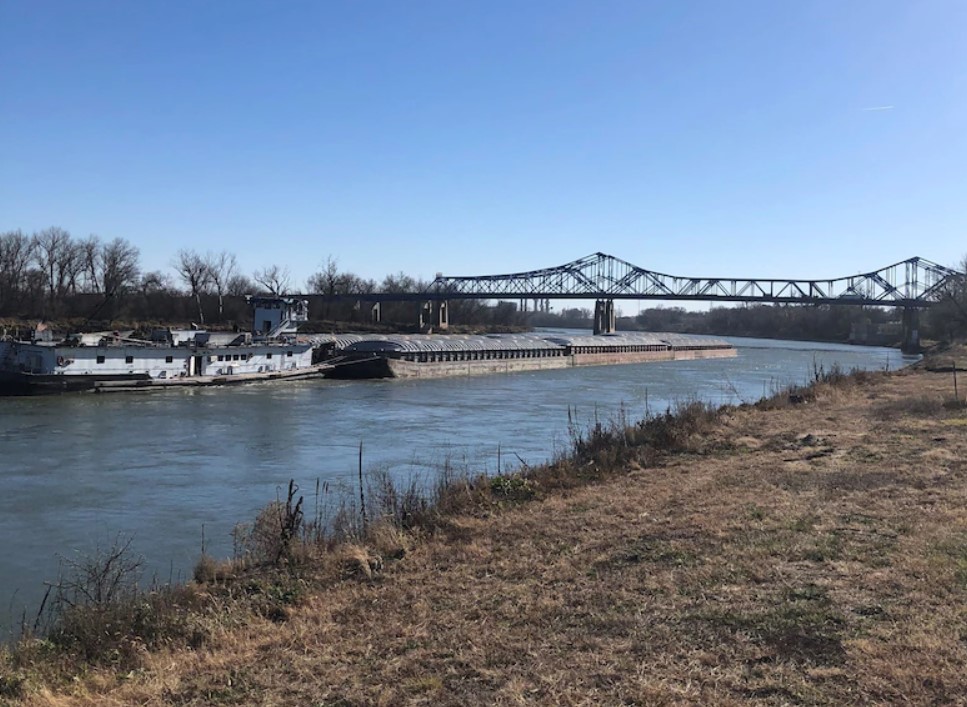