The second major dredging contract for DEME in Poland

DEME confirmed a sizable contract for dredging and reclamation works in the Port of Gdańsk this morning.

According to the Belgian giant, this represents the second major dredging contract for DEME in Poland.

The new contract was signed with DCT Gdańsk, the operator of the largest container terminal on the Baltic Sea and owned by PSA International, the Polish Development Fund and IFM Global Infrastructure Fund.

DEME will work in a consortium with the Polish construction group Budimex.

The new container terminal in Gdańsk includes a deep-water quay of 717 metres long and 17.5 metres deep and a yard area of 36.5 hectares.

Under the contract, DEME will lead the dredging and reclamation works to create the 36-hectare platform that will form the base of the new terminal. ​

Dredging and reclamation works will start in September 2022 and will be followed in early 2023 by the construction of the northern and southern walls and the main berth.

Scheduled to open for commercial operations in 2024, the full completion of the terminal is planned for the second quarter of 2025.

In its first phase, the new terminal will increase DCT Gdańsk’s handling capacity by 1.7 million TEU to a total of 4.5 million TEU (20-foot containers) per year. 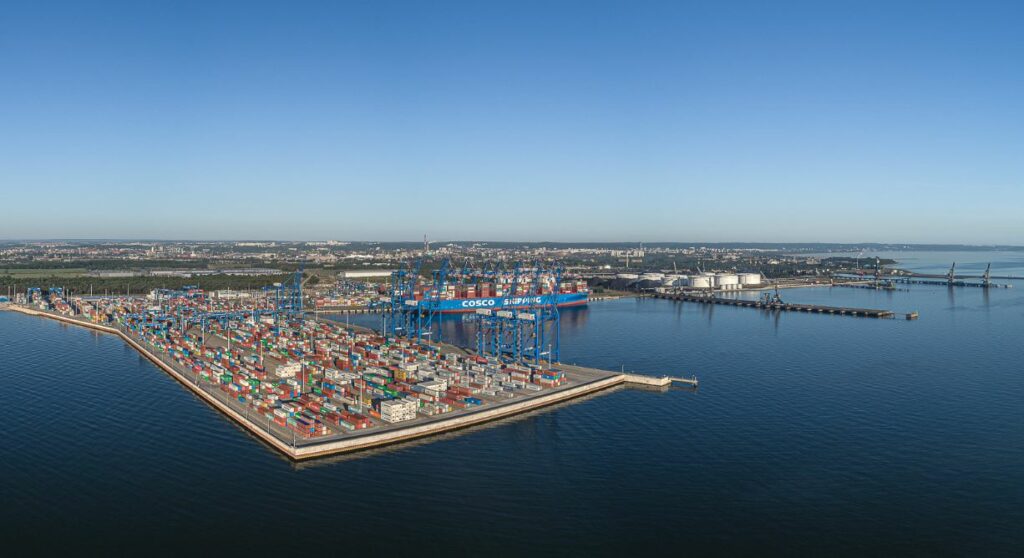