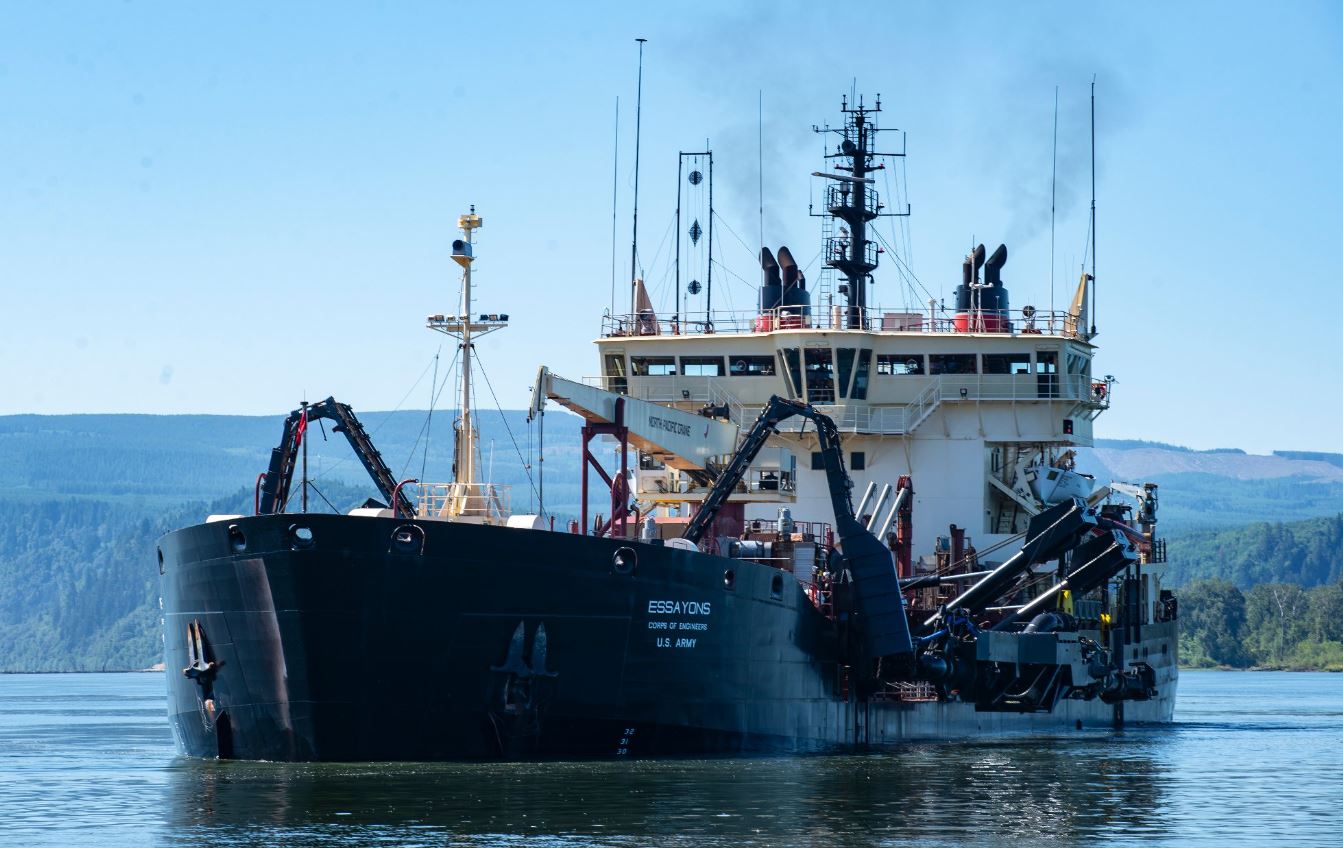 USACE Portland District has just released this amazing photo of the dredger Essayons, taken on the Columbia River halfway between Longview and Astoria.

On any given day during the dredge season, the Essayons’ crew is working specific areas that were surveyed, mapped and found to be in need of dredging.

“But, the Essayons can respond to calls from river pilots who guide vessels up and down the river, too,” said USACE.

“Pilots will notify our district of a spot that needs dredging and the priority of the dredging crew immediately switches to that location. After the crew completes that work, they return to their previously assigned priority list.”

It’s non-stop work, which is why dredging operations run through the night, and why crews are onboard for days or weeks at a time. 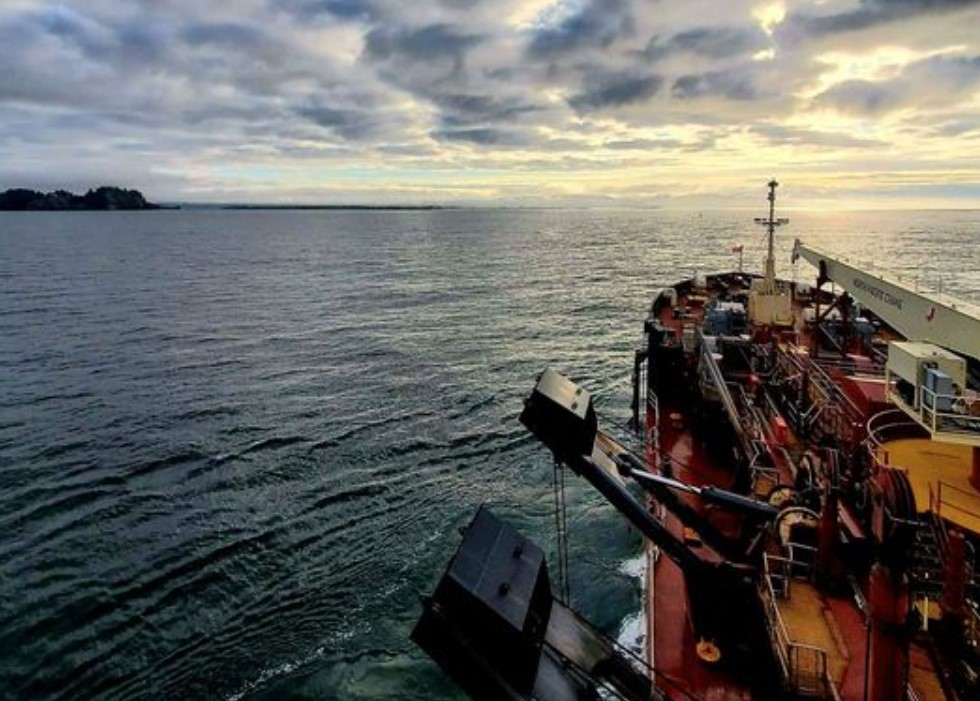