The dredging, a 24/7 operation taking place April 18 – June 15, was part of a regularly scheduled maintenance, which occurs every five years.

“Five years is just a historical mark,” said Jay Dehart, 733rd Logistics Readiness Squadron harbormaster. “We’ve figured that within five years [Skiffe’s Creek] starts filling back in. Where the river turns faster, water goes around the corner on the inside, slower water on the outside, causing huge amounts of sediment in the channel.”

The cyclical nature of the water’s current necessitates the dredging as filled-in waterways can impede ship movement in and around the piers. Those ships using the piers, because of buildup of sediment, were getting hung up there.

At the piers are cargo ramps, which allow for a ship’s bow ramp to lower for the embarkation or discharge of cargo. Some of these ramps were no longer accessible due to the sand and silt accumulation as the regular five-year mark approached.

“The controlling depth of the channel going in is 20-feet deep. Most of those boats are drafted in about 14 [feet],” said Dehart. “And so as [the boats] were coming in the channel, they were actually running aground at low tide. So it was time to come in and clean it all back out; get [the depth] back out to 20 [feet].”

According to the officials, the dredging project had removed 491,426 cubic yards of material from the bottom of Skiffe’s Creek. 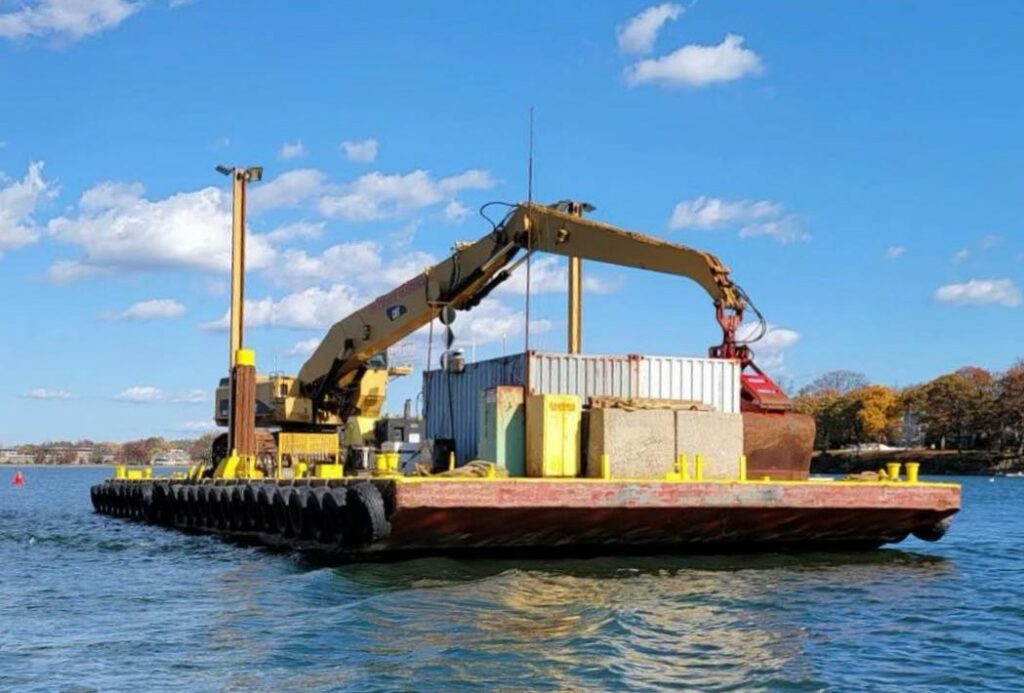