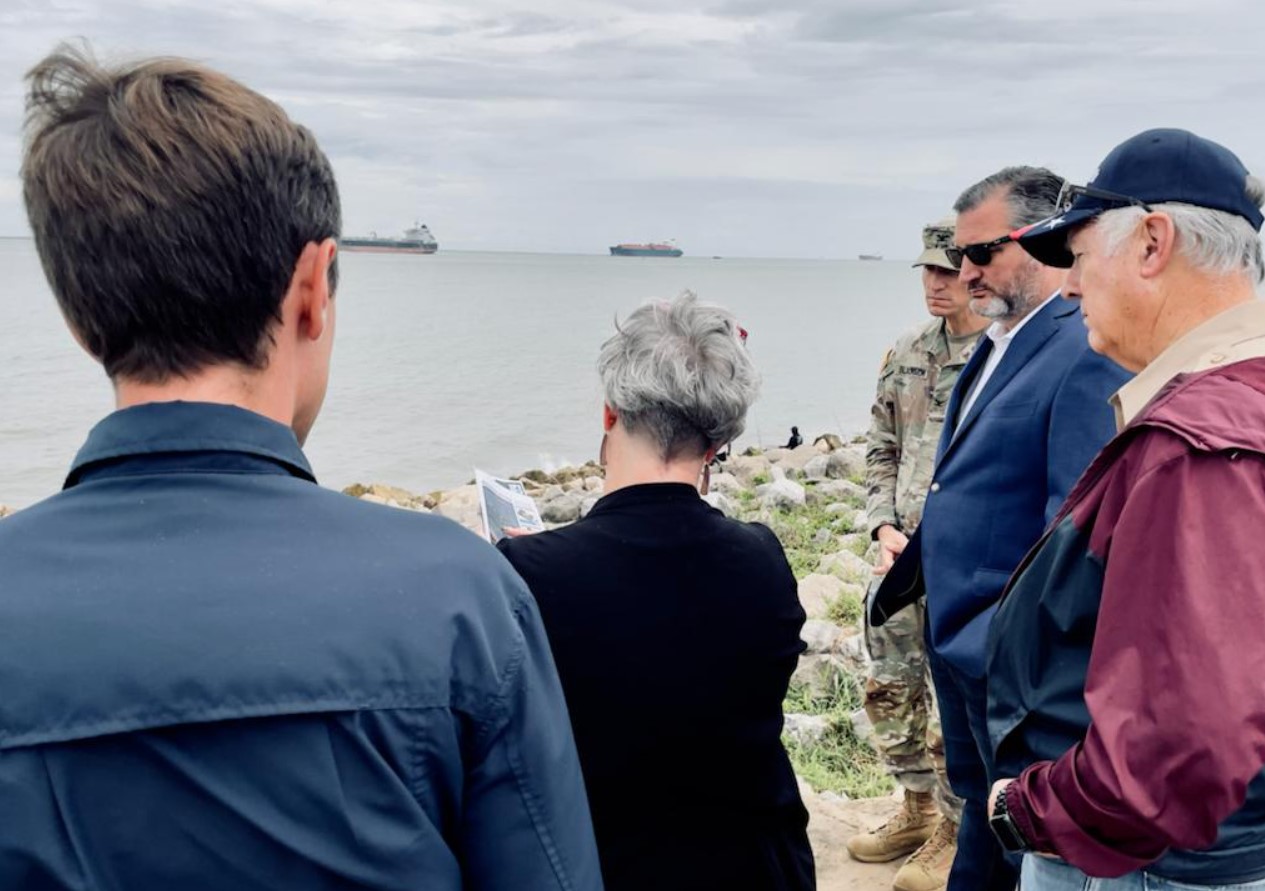 This project is going to provide real protection to help keep Galveston and the TX Gulf Coast safe for years to come.

Earlier this year, Sen. Cruz along with other Texas officials won inclusion of authorization for the Coastal Texas Program, commonly referred to as the Coastal Spine or Ike Dike, in a water resources infrastructure bill, which will better protect coastal Texans from major storms.

Following the tour, Sen. Cruz commented: “We just spent the last several hours in a very productive meeting with the leadership with the Army Corps and with the leadership here along the Gulf Coast. It is very encouraging to see the steady and consistent progress we’re making towards building a Coastal Spine that will protect the Gulf Coast from the next hurricane that we know is coming.”

“This has been a long project in the making. Going back to Hurricane Ike and the initial discussions of an Ike Dike. That since expanded substantially and became a much more comprehensive system to deal with and prevent the catastrophic damage that a storm surge can cause,” Sen. Cruz said.

A “Multiple Lines of Defense” strategy was used in the Coastal Texas Program to design cost-effective, environmentally friendly solutions that will reduce risks of storms impacting the coastal communities and restore important wildlife habitat at the same time.

With a focus on redundancy and robustness, the first objective is to keep the storm surge in the Gulf. The “Gulf Defenses” meet this challenge with a combination of surge gates at Bolivar Roads, seawall modifications on Galveston, and dune and beach systems on Galveston Island and Bolivar Peninsula.

However, a combination of water from Galveston Bay and Gulf surge that could overtop the front-line defenses must be addressed through a second line of defense. The “Bay Defenses,” comprised of a ring barrier system on Galveston Island, surge gates (and pumping stations) on the mainland, and nonstructural measures such as flood-proofing and the raising of buildings on the mainland, offer this second line defense.

To further ensure coastal resilience and support the multiple lines of defense strategy, the Coastal Texas Program includes the restoration of 6,600+ acres of critical fish and wildlife habitat to provide a third buffer against coastal storms and erosion processes.