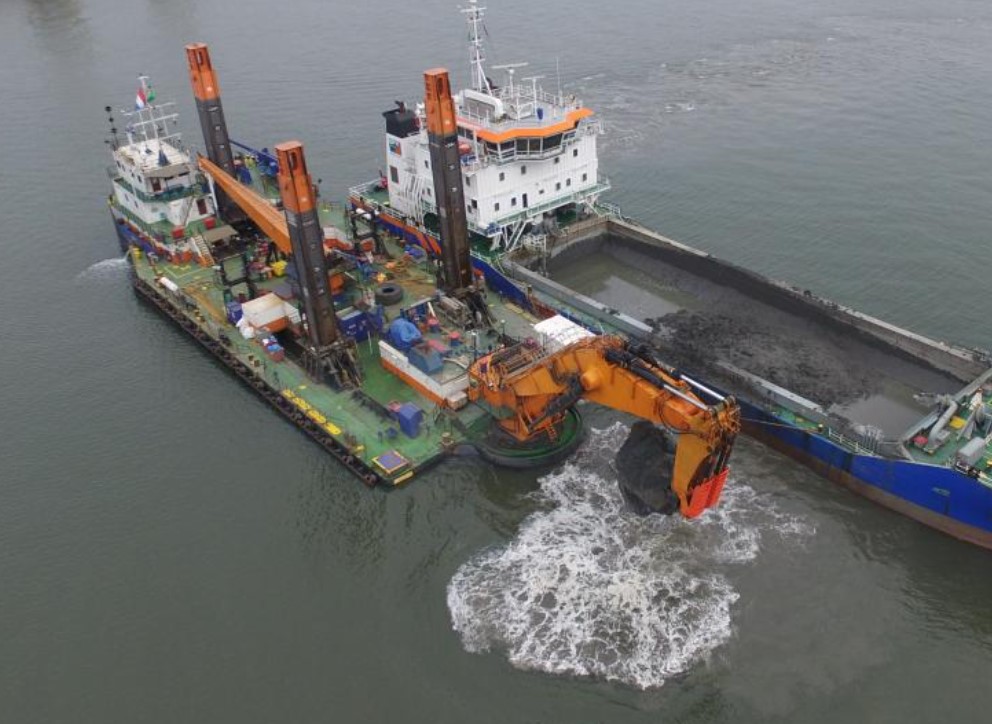 Van Oord’s backhoe dredger Goliath has arrived in Harwich to take its part in the Channel Deepening Project.

According to the Harwich Haven Authority (HHA), the Goliath will over the next week or so dredge the main channel together with the self-powered split-hopper barges Pieter Caland and Cornelis Lely.

As reported, the dredger will excavate strips along the channel, loading material into a split-hopper barge moored alongside. When full, these barges will sail to the Inner Gabbard East disposal site and discharge.

The dredging contractor, appointed by Harwich Haven Authority to carry out the Channel Deepening Project, is the Boskalis Westminster/Van Oord Joint Venture. 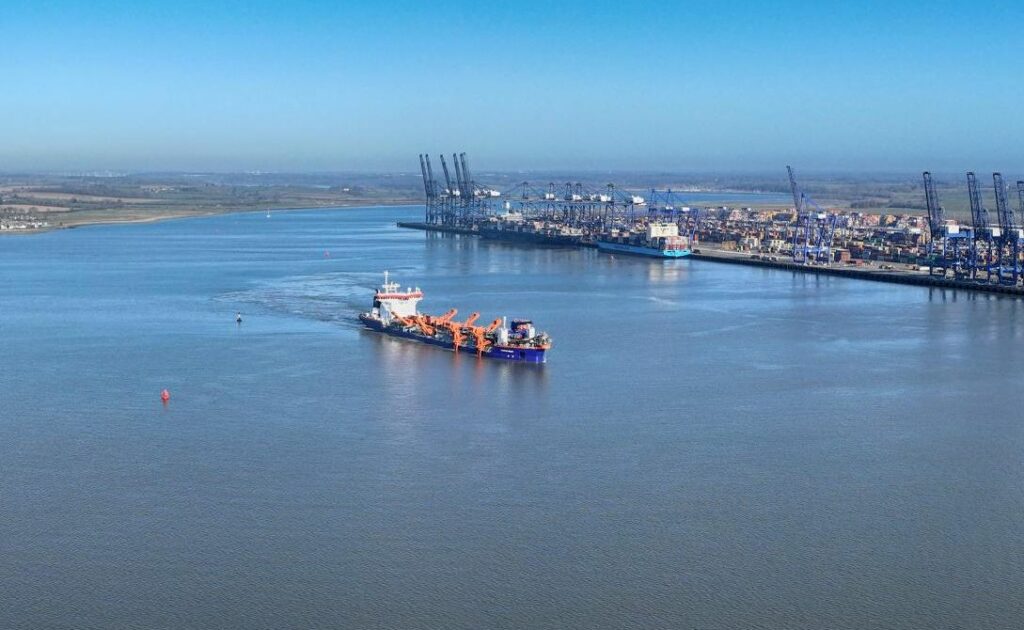