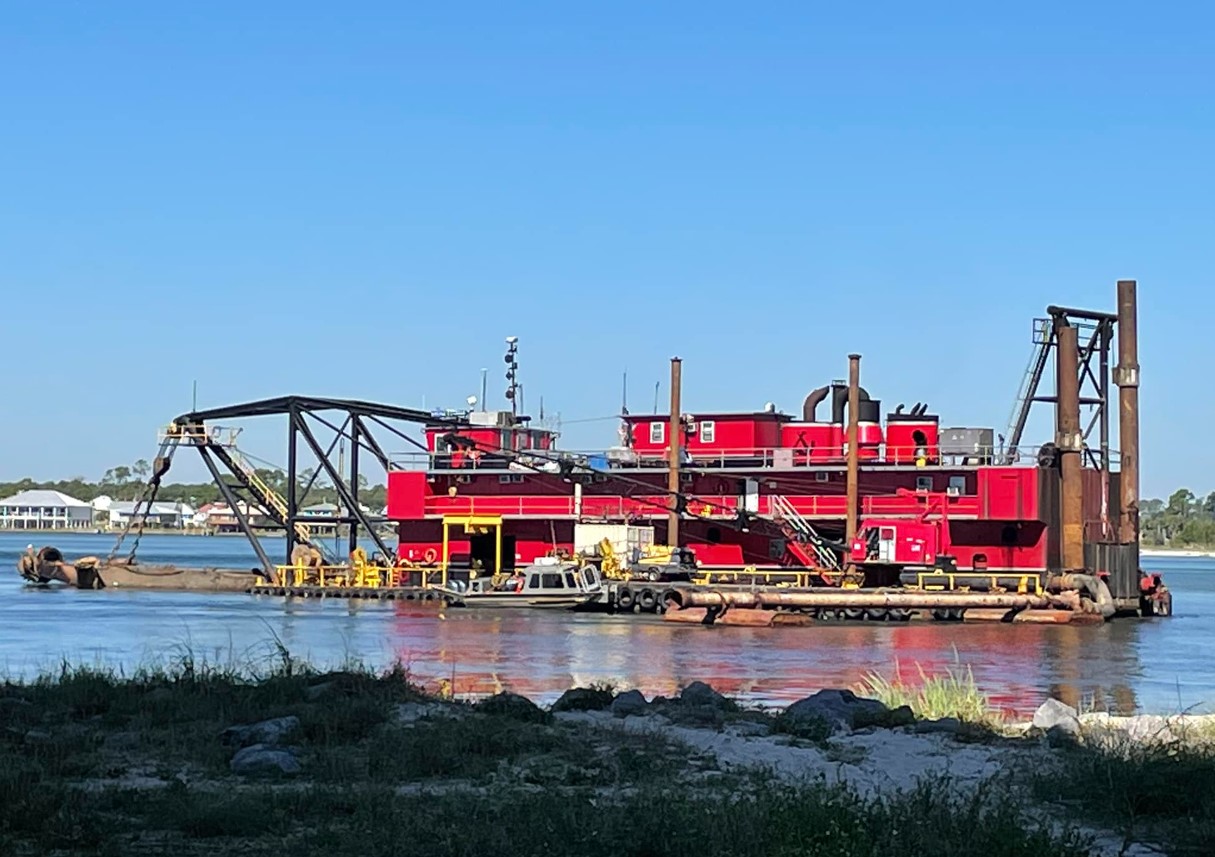 The U.S. Army Corps of Engineers and their contractor Mike Hooks LLC are ready to begin work on dredging Perdido Pass in Alabama.

As reported, the cutterhead suction dredge, the E. Stroud is currently on-site, so boaters are asked to be cautious around the dredge, pipes and any support vessels.

Similar to previous campaigns, the reclaimed material consisting almost entirely of sand will be used for beach restoration along the adjacent beaches along Alabama’s Gulf Coast.

USACE estimates that the contractor will remove around 300,000 cubic yards of material from the Perdido Pass.

The Perdido Pass dredging project will kick off later this week, taking approximately 3 weeks to complete the works.

Photo: The City of Orange Beach 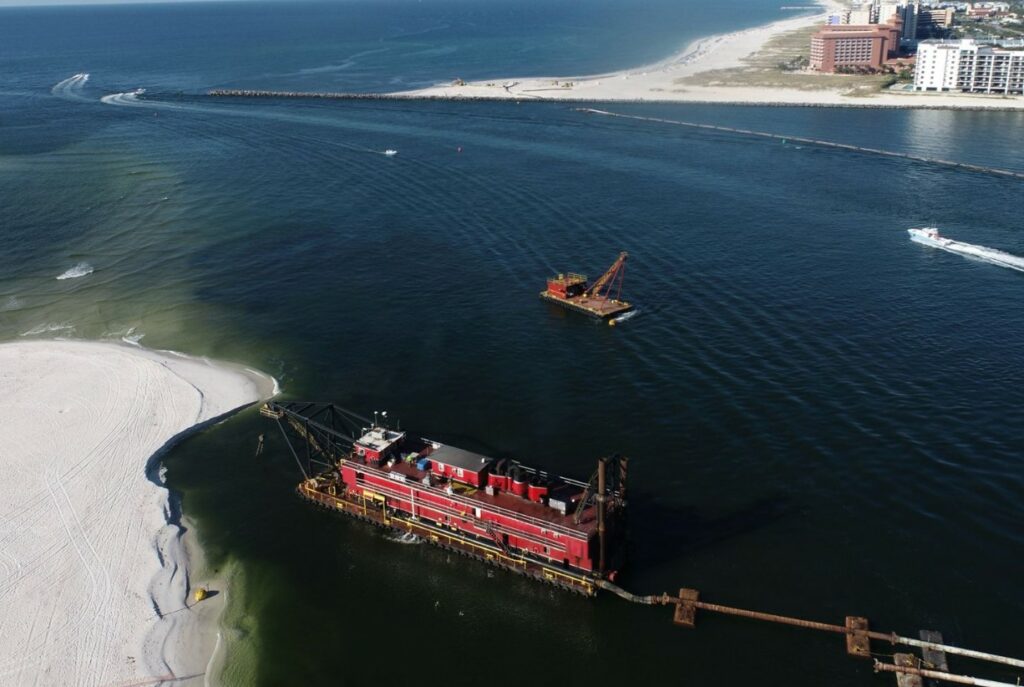