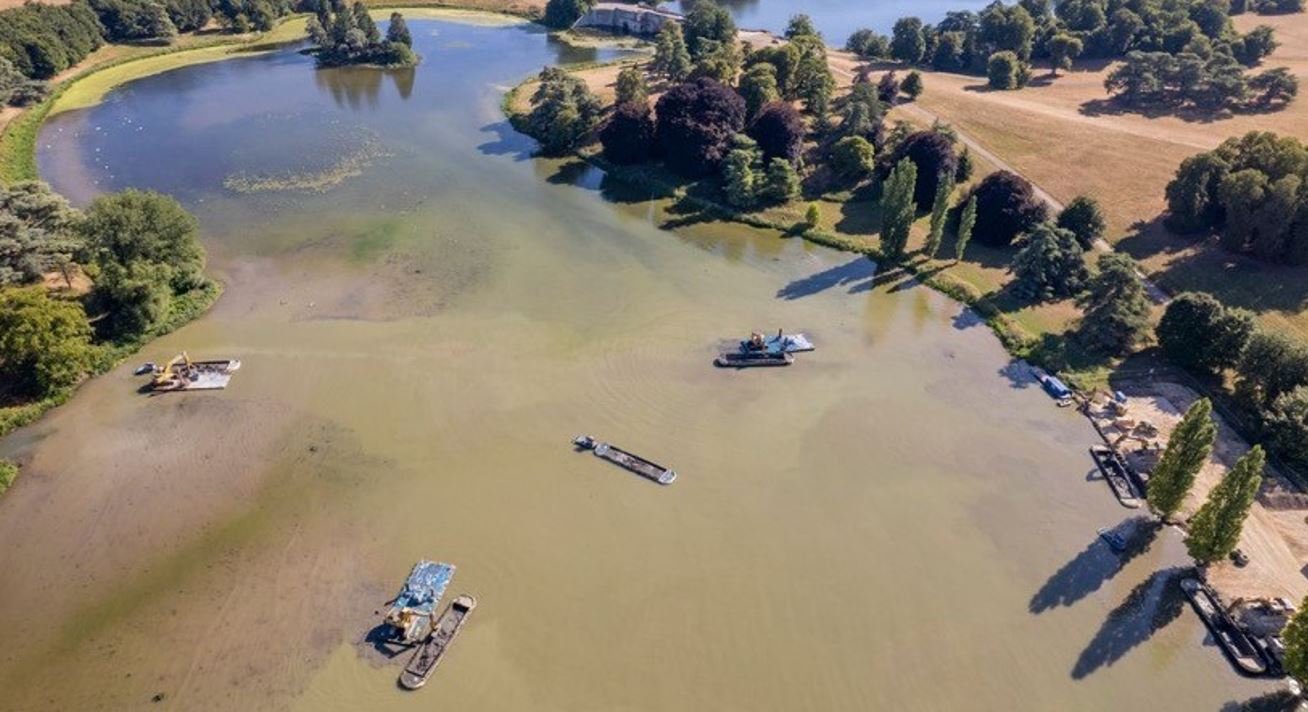 The wet civil engineering firm Land & Water has reached the milestone of 100,000m3 being dredged from Queen Pool at Blenheim Palace in Oxford.

Queen Pool, which was created in 1715, had become heavily silted putting its extensive eco-system at risk. Land & Water started works earlier this year, making it the Pool’s first dredge in over 100 years, to safeguard the lake for years to come and reinstate the depth of the Pool to around two metres.

Due to the scientific and ecological importance of this site, Land & Water designed a methodology to protect the lake bed as much as possible. The firm is also using specifically commissioned equipment including Hoppers named Reg who likes to Dredge and Mallard, as chosen by the public.

Land & Water’s Project Manager, Charlie Oakes, said: “We are thrilled to have reached the 100,000m3 milestone. The Blenheim project has been an incredible undertaking for Land & Water and we have valued the chance to work on such an iconic landscape.”

“We are now a third of the way through our dredging journey at Blenheim Palace, with the final dredge anticipated to finish early next year.”

Blenheim Estate director Roy Cox commented: “The Queen Pool is an iconic part of the World Heritage Site, it’s a SSSI, a fishery and a national treasure seen by over a million people each year.”

“Over 70 per cent of the lake now has a depth of just 30cms or less. It is silting up at a rate of one to two centimetres per year but, during severe storms, deposits can reach up to 20cm.

“Without this drastic intervention the Queen Pool would revert to a wetland in the next 5-10 years and the nation’s ‘Finest View’ will be lost,” he added.

Land & Water has been working at the iconic property since April 2022 and looks to dredge 300,000m3 of silt during the project. This removed silt is being relocated up to Great Park, where it will be create a landform (a hill or mound) over 16ha.

This land will then be returned to grassland. 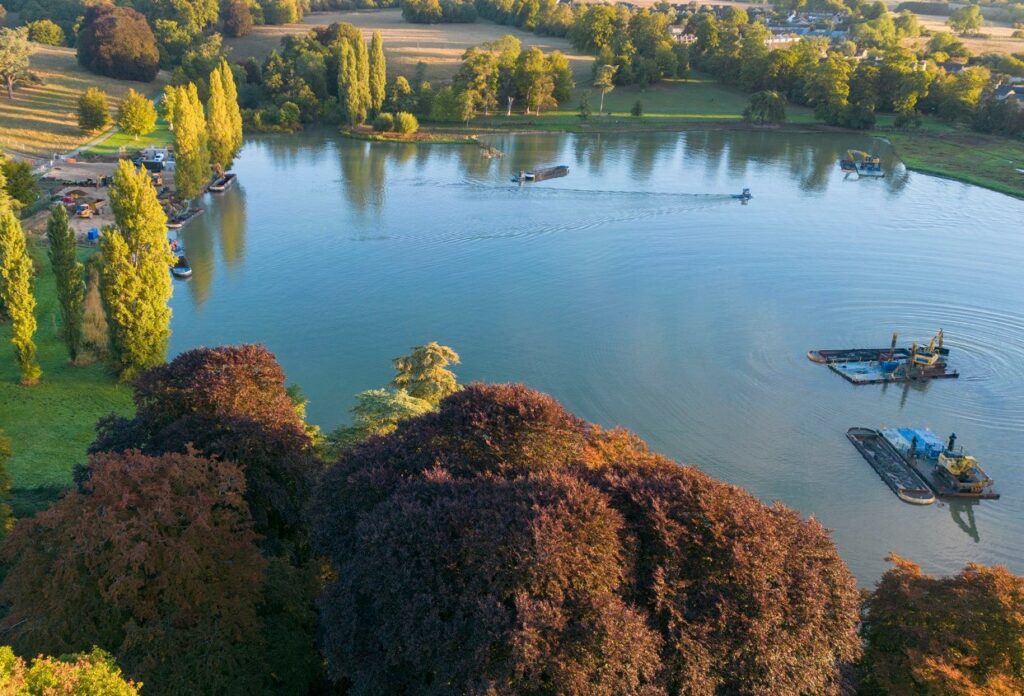