Work on the Port of Siuslaw’s turning basin has come to a halt after an accident with the tug and barge earlier this month.

On the evening of July 6, a tug was towing the loaded barge to a disposal site outside the Siuslaw River bar when the barge hit a submerged object that tore a hole in it.

The barge and tug are part of a dredging operation that began last month. The port received federal stimulus funds of more than $1 million for the project, which is being overseen by the U.S. Army Corps of Engineers. It is the first significant dredge operation here in decades, and some 100,000 cubic yards of silt, sand and debris will be removed. 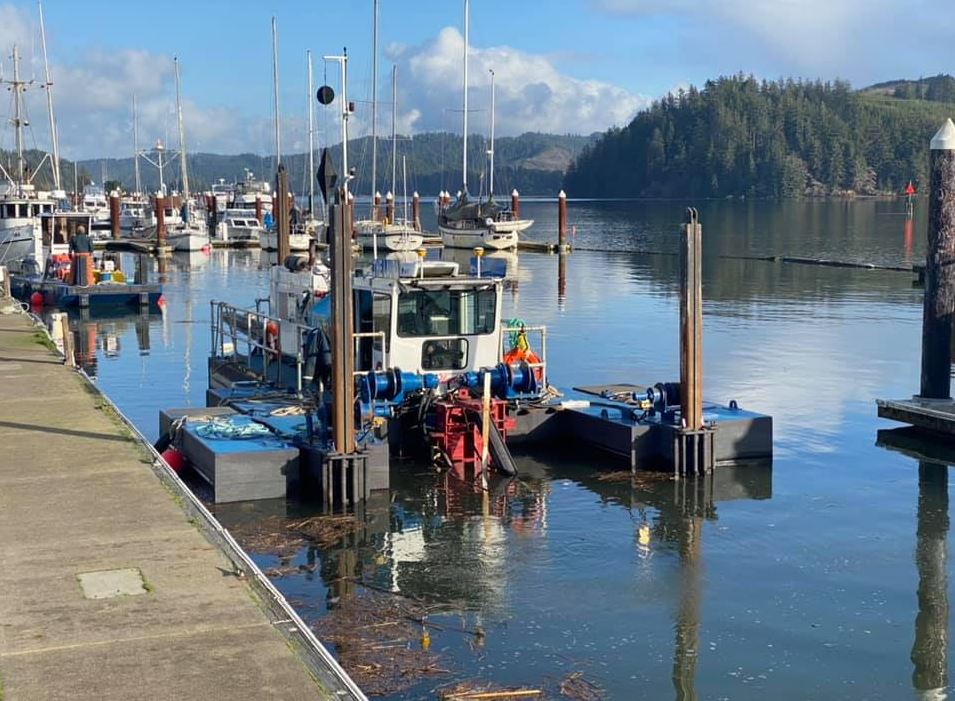