Five thousand hectares of coastal land will be protected as part of a state approval of a key dredging project to facilitate Queensland’s emerging LNG industry and other future port facilities.

The project will now go to the Federal Government for consideration under the Environmental Protection and Biodiversity Conservation Act ( EPBC ).

“GPC will also be required to contribute $5 million to support Fisheries Queensland initiatives for fish habitat research, rehabilitation and enhancement.

“GPC’s $5 million funding contribution is intended to be staged over five years and will be directed to a range of projects aimed at enhancing marine fish habitat resources in the region.

“GPC will be required to prepare a flora and fauna management plan and include additional measures for shorebirds and marine megafauna consisting of funding and/or in-kind contributions to the value of at least $2 million.’’

The GPC proposes to undertake the WBDD Project to provide access to the existing and proposed Gladstone Western Basin Port ( Port Curtis, from Auckland Point to The Narrows ) facilities.

The dredging of the Western Basin will occur in stages and the rate of development will be controlled by the demands of industry locating in the Gladstone region and requiring access to port facilities.

“The project, if approved at a Commonwealth level, will service the emerging LNG industry in the Gladstone region and other future port expansions,” Mr Hinchliffe said.

“The Coordinator-General has been thorough in assessing potential environmental impacts and has put in place offset measures and 132 strict conditions, including the creation of environmental and dredge long-term plans to be developed by GPC.

“If this project goes ahead, it will pave the way for the creation of thousands of jobs in the LNG industry, both construction and ongoing operational positions.”

The GPC plans to deepen and widen existing channels and swing basins, as well as create new channels, swing basins and berth pockets.

Dredged spoil material will be placed into a reclamation area of approximately 235 hectares to the north of the proposed Fisherman’s Landing Port Expansion project.

The Fisherman’s Landing project, also being undertaken by the GPC, was approved to proceed by the Coordinator-General in May 2010, and will cater for immediate GPC needs including a site for the LNG Limited project.

The capital cost of construction of the reclamation for the project is estimated at $343 million, with construction expected to take 12 to 18 months.

The cost of capital dredging has been estimated at $656 million.

“I consider that the EIS process for the WBDD Project has addressed the environmental, social and economic impacts of the project and the measures I require will avoid, minimise, mitigate or offset the impacts to meet the requirements of the Queensland Government,” Mr Jensen said.

“I am satisfied that careful management of the key dredging, construction, reclamation and operational activities should ensure that potential environmental impacts will be minimised or avoided.

“This offset has been determined to acquit the requirements for impacts to marine fish habitat for not only this project but also the Wiggins Island Coal Terminal and the Fisherman’s Landing Port Expansion.

“I consider that further extension to the agreed offset package is necessary to address the likely environmental impacts.

“Another condition is that, prior to the completion of stage 1 of the project, GPC shall contribute funding and/or works to the value of $1 million towards new or upgraded recreational boating infrastructure within the Gladstone region.

“GPC must mitigate all reasonable financial losses to existing commercial fishing operators attributable to the maritime development, to cover temporary and permanent loss of access to fishing areas and marine fish habitat.

“GPC must also meet all reasonable costs associated with the investigation, negotiation and administration of any compensation package,” Mr Jensen said. 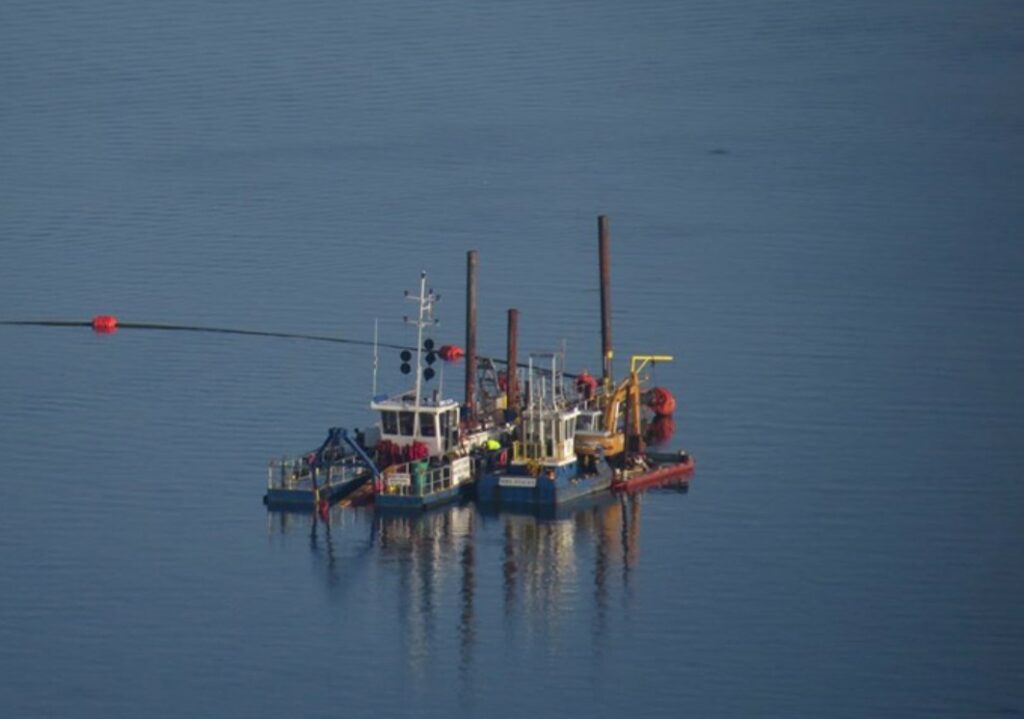