The stationary cutter dredger was named aftrr the Ganga River, and was engineered by the in-house specialists in co-operation with the Dutch company Vosta LMG.

The dredger was built at the Vintage Shipyard in Malaysia. It can reach dredging depths of between 3.2m and 22m, allowing the dredger to execute a wide range of typical capital dredging works on the Indian subcontinent.

Some relevant features of the design include:

* A focus on a pumping power, which is necessary to cover large distances during land reclamtion projects.

* Accommodation for 16 persons to allow the vessel to operate with full autonomy in the most remote locations.

* Substantial operational flexibility owing to its flexible spud carriage, which is important to cope with sometimes heavy swell conditions in coastal areas during monsoon conditions.

* The engines run on heavy fuel, which has a positive impact on operational costs.

These features allow Ganga to be one of the most competitive dredgers on the Indian dredging market, said International Seaport Dredging Limited (ISD), which is one of the leading Indian companies engaged in creating new ports and harbours, development of marine waterways and marine construction, maintenance dredging and oil and gas related services.

The company flies the Indian flag and owns an Indian fleet of dredgers, underlining its long term commitment for operations and development in the Indian market. 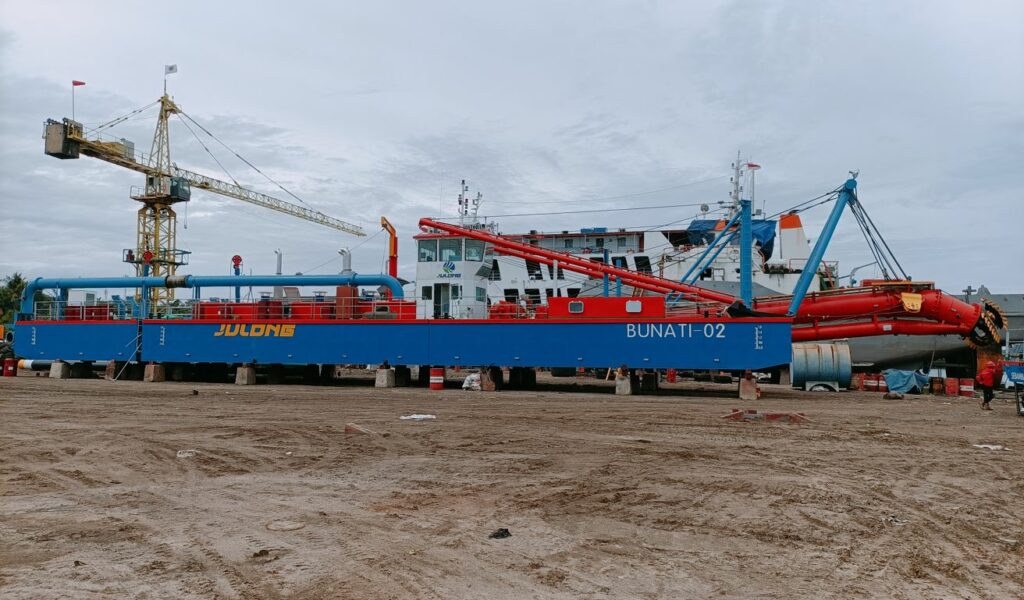