The cutter suction dredge Phoenix has been prepared for Phase 2 of Fremantle Ports’ Inner Harbour and channel deepening, and dredging will begin today, 9 August.

“If we didn’t deepen, Fremantle would be the shallowest Australian mainland capital city container port and the larger ships would stop calling here.

“The deepening will ensure that Western Australia has access to the most competitive container shipping services, with benefits passed on to consumers,” he said.

Phase 2 will involve the breaking up and removal of limestone which will then be deposited about seven kilometres offshore in a natural seabed depression.

Chris Leatt-Hayter says cloudy water in the river upstream of the harbour and offshore from Fremantle Port will be unavoidable but temporary, with the limestone removal expected to be completed in November.

“We apologise in advance for the temporary cloudiness in the water and we will work to ensure that the dredging activities are completed as quickly as possible,” he said.

The deepening was subject to a rigorous environmental approvals process, with extensive pre-sampling and testing of sediments.

Independent monitoring during Phase 1 (which occurred January to March 2010 when the sand layer was removed) confirmed the pre-testing results showing that the levels of any contaminants in the dredged material met national guidelines for public health and marine ecosystem protection.

Monitoring will be also undertaken during Phase 2, with results provided to the Environmental Protection Authority and placed on Fremantle Ports’ website.

The cutter suction dredge Phoenix, which has been dry docked and cleaned before coming to Fremantle, has a rotating cutter head to break up the hard limestone.

A trailer suction hopper dredge, Gateway, which operates much like a vacuum cleaner, will transport the limestone material to the offshore disposal site. 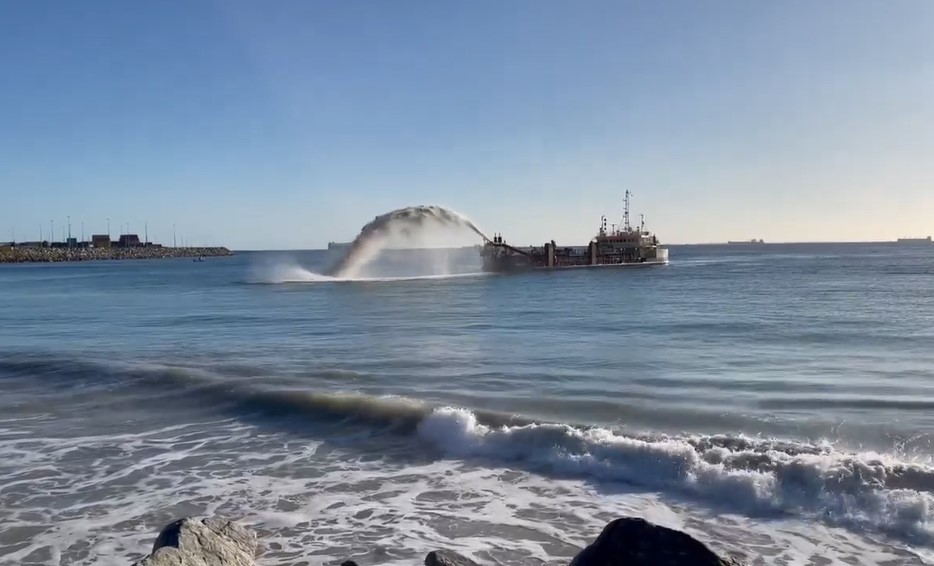