The Netherlands Strongly Represented at Maritime Trade Fair in Hamburg

The Holland Pavilion with its 850 square meters will be styled in the theme of the joint international branding campaign Maritime by Holland that was launched in 2009. 47 Dutch companies will present themselves in the Pavilion to the worldwide shipbuilding industry that comes together at SMM from 7 till 10 September.

Visitors can find the Maritime by Holland Pavilion in Hall B7, booth number 40 and they can experience the key characteristics of the Dutch maritime industry: innovation, cooperation and most of all, top quality!

1. Even better Performance Monitoring is made possible with new module OCTOPUS-onboard, a product from Amarcon BV (booth no. 61). The new module constitutes a new dynamic approach to voyage planning.

2. Learn more about Alewijnse Marine Systems’ new service: Airtime Contract Service (booth no. 41). This service manages the subscriptions of super yachts to pay TV, Internet providers and telephone companies from a single source and enables payment to that source on a monthly basis.

3. C-Nautical (booth no. 69) launches at SMM 2010 its fully automatic spooling reel winch, based on reliable technology and proven standards.

6. Tugs are able to escort safe from any direction and to turn unlimited with the SafeWinch. Mampaey Offshore Industries and Kraaijeveld Winches (booth no. 66) developed this 360° Dynamic Oval Towing (DOT) system.

8. At present Serdijn Ship Repair (booth no. 58) facilitates IHC Merwede’s latest build vessel, Oleg Strashnov, in its new jetty and renders assistance during the outfitting of both ship as well as crane.

10. Marble (booth no. 75) presents at SMM 2010 the Emergency Telegraph, a Lloyds approved unit. One master and two slaves are a possibility.

The Holland Lounge in the Maritime by Holland Pavilion is a real meeting place during SMM 2010. On Thursday September 9th HME will organize a network reception that will start at 5pm. The Netherlands’ Ambassador in Germany, Mr. Marnix Krop, will be a special guest at the network reception.

Meet these companies in the Maritime by Holland Pavilion:

Maritime by Holland is a joint initiative of the 11,000 companies within a 100 km radius, powering the maritime cluster in Holland. Entire industries with a global leadership position. Together, the Dutch maritime sector generates social and economic value for clients worldwide through an unbeatable combination of expertise, imagination and collaboration. 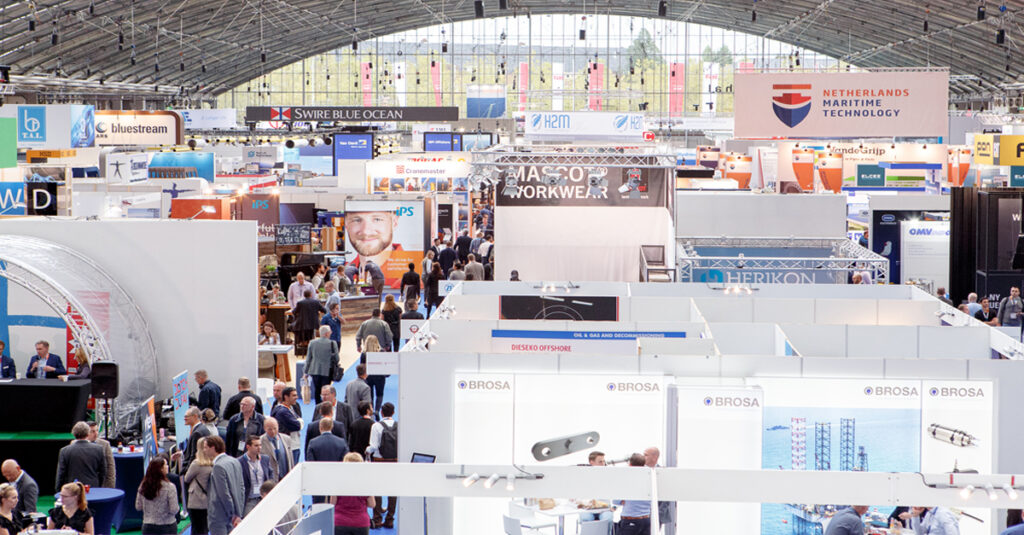