IHC Merwede’s trailing suction hopper dredger, Vox Máxima, has been awarded Ship of the Year at the fifth annual Maritime Awards Gala. This award is presented to the manufacturer of a vessel which is designed, built and completed in The Netherlands, and which distinguishes itself in the areas of innovation, the environment, safety and value for money.

On behalf of the Royal Dutch Association of Maritime Technicians (KNVTS), Mrs Drs KHM Peijs, the Royal Commissioner of Zeeland, presented the award to Mr BT Noorland, IHC Dredgers Project Manager. The judges awarded the title of Ship of the Year to the Vox Máxima on the basis that it is the largest dredging vessel – with a hopper capacity of 31,200m³ – ever built in The Netherlands, well designed and has an excellent transport capacity.

The Vox Máxima was designed by IHC Dredgers, part of IHC Merwede, in close co-operation with the customer and was built entirely at the shipyard in Kinderdijk. The vessel was delivered in January 2010 to Van Oord. IHC Dredgers succeeded in creating a high-speed ship with a large hopper capacity and a full hull. It also contains a number of innovations, including the construction of a single suction tube with an underwater pump and an ergonomic bridge layout.

This vessel is a clear example of The Netherlands’ leading position in the field of dredging technology.

IHC Merwede is focussed on the continuous development of design and construction activities for the specialist maritime sector. It is the global market leader for efficient dredging and mining vessels and equipment – with vast experience accumulated over decades – and an outstanding supplier of custom-built ships and supplies for offshore construction. 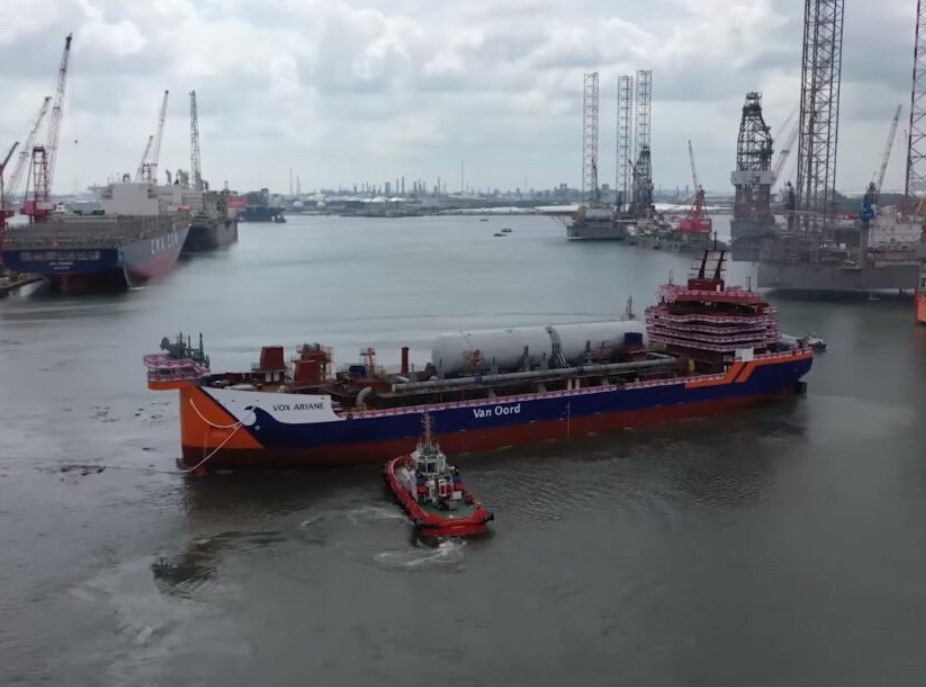