The largest shipbuilding company in the Baltic States which is a subsidiary of BLRT Grupp entered into the agreement with the Scandinavian company to build the new vessel for dredging of sea bed.

The company Vakarų Baltijos laivų statykla signed an agreement with Danish company Rohde Nielsen to build the dredger as the winner of the tender where it participated along with the other European shipbuilding companies. “This agreement gives us the opportunity to show ourselves on the market of building specialized vessels,” said the head of the concern Fjodor Berman. “The dredging vessel will enrich an already quite impressive list of accomplished projects like the platform WindLift1 for installation and service of wind turbines, transformer platform Odin, a few vessels for servicing oil drilling platforms,” he added.

Two main engines MAN and one engine for pumping over sand will be installed in the specialized vessel. The length of the dredger is 82 m and width 16 m. Deadweight of the vessel is 3900 tons, maximum draft is 5.50 m. Bunker capacity of the dredger is 2500 m3.

Baseline design of the dredger will be prepared by Swedish company FKAB. Preparation of technical documentation and procurement of equipment will be done by concern’s companies Western Baltic Engineering and Elme.

BLRT Grupp is a concern based on Estonian private capital which consist of 70 companies in 8 European states. Among them there are shipbuilding and ship repair companies Tallinn Shipyard, Vakarų laivų gamykla, Turku Repair Yard, BLRT Fiskerstrand. The remaining companies are engaged in production of large scale high technology metal constructions, machine building, processing and trading of metal, utilization of ships.

Rohde Nielsen A/S is Danish company that is engaged in dredging of sea bed in the waters of ports in the whole world. It has conducted dredging in the port Muuga. 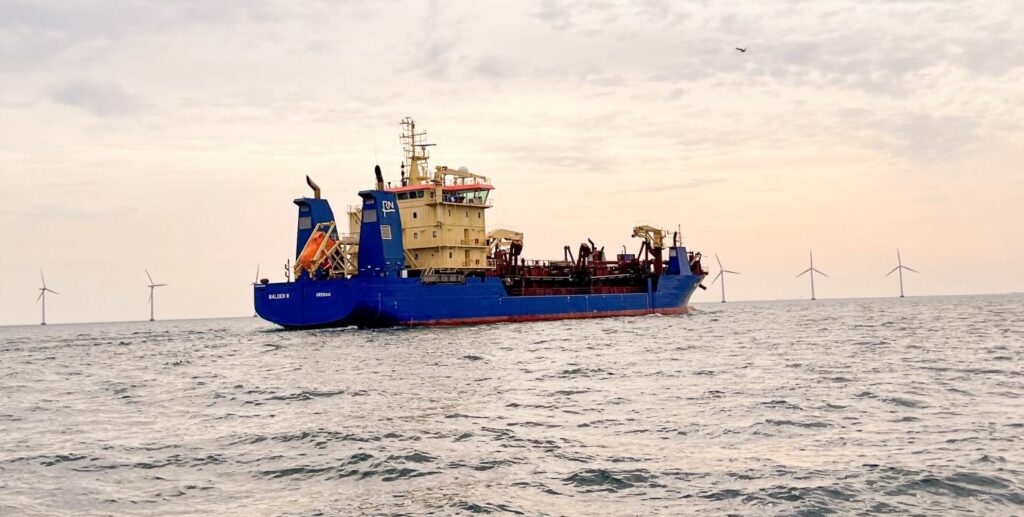