On Saturday December 31st, the new backhoe dredger ‘Peter the Great’ was launched successfully on the Ravestein shipyard in Deest, the Netherlands.

The pontoon was built for the account of DEME NV and its Russian partner NDC (Northern Dredging Company Ltd), part of the PST Group.

The Dutch shipyard Ravestein BV was awarded with a contract for the design and construction of a backhoe dredger in November 2010.

The pontoon has two fixed spud legs, 1 hydraulically operated spud carrier with spud leg and an excavator. The excavator is a Liebherr P 995 Litronic type which is designed for a maritime environment and has a dredging depth of 18.20 m and a bucket of 11m³. The vessel can accommodate 10 persons.

The ‘Peter the Great’ was named after the Russian Tsar and emperor known for the implementation of great reforms in Russia that helped to expand and modernize the country into a huge empire becoming a major European power. Peter the Great founded one of the world’s most beautiful cities, St. Petersburg, also called “North capital and Venice of North” of the Russian Federation. Peter the Great has spent some time along the banks of the river Sheldt close to DEME’s headquarters, showing interest in the local shipbuilding industry.

The choice of the name ‘Peter the Great’ underlines DEME’s growing presence in the Russian market.

The Belgian dredging and environmental group DEME is a conglomerate of enterprises with roots established more than one and a half centuries ago.

The Group specializes in capital and maintenance dredging, port constructions and expansions, providing services to the oil and gas industry, wreckage clearing, deep-sea operations, the construction of offshore wind parks, plus a wide range of environmental activities – from water treatment and sludge recycling to soil remediation and the treatment of either lightly or heavily contaminated sedimentation.

DEME operates a modern, multi-functional and varied fleet of 90 large dredgers and some 200 auxiliary vessels. The company employs a 4,000 strong workforce.

The Group is active worldwide – in 2010, it reported a turnover of EUR 1.8 billion and completed projects in 50 countries on all continents. Its current investment programme in high-tech equipment enables DEME to meet future challenges with an ultra-efficient and modern fleet.

The program of development and modernization of equipment including purchasing modern technologies and construction of dredging fleet is under implementation by NDC Ltd.

Northern Dredging Company Ltd is open to establish partnerships and collaborates in the projects of development of the transportation infrastructure in Russian Federation and abroad. 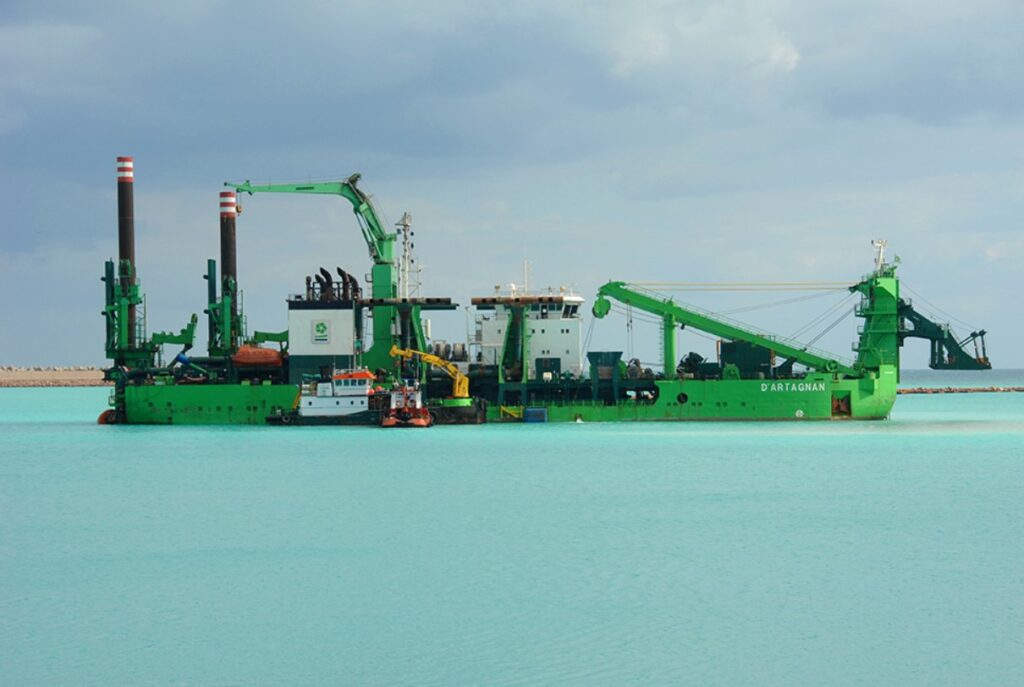