State Senator Eileen M. Daily (D-Westbrook) and Representative Jim Crawford (D-Westbrook) announced the imminent release of state funding to underwrite channel dredging and anchorage improvements at both the Clinton and Westbrook harbors. A total of $1.7 million will be allocated for the Clinton project; $350,000 in supplemental funding will be allocated for Westbrook.

The projects appear on the agenda for Monday’s meeting of the State Bond Commission and are expected to receive final approval at that time. The lawmakers said the grants are available through legislation enacted last year to upgrade ports and marinas statewide. The improvements will be administered by the state Department of Transportation.

“Regularly scheduled harbor and channel dredging are essential for economic viability and maritime safety in any harbor—I’m grateful to Governor Malloy and other members of the Bond Commission for their approval of this funding for the Clinton and Westbrook harbors and for the overall support it suggests for Connecticut’s entire marine trades industry,” Senator Eileen M. Daily (D-Westbrook) said. “It’s important to note these state funds will underwrite improvements not only to the benefit of boaters who call these harbors their home port, but to transient boaters and all those who live, work, or visit our shoreline community.”

“The economic health of Clinton and Westbrook rely on the marine trades and having navigable channels, safe harbors and deep anchorage,” Rep. Crawford said. “Ancillary businesses will get a boost with larger boats, passengers and crews in the summer months, and repairs and storage in the winter. All boats, especially deep keel sailboats require safer anchorage and passage along the Patchogue River in Westbrook and Clinton channel and harbor.”

The last full dredge of Clinton’s inner harbor was in 1998. Without the dredging, boats may be unable to enter at low tide. The Town of Westbrook estimates that 2,000 boats are moored or docked in the harbor. In 2008, the Harbor Commission there estimated the marine industry was about 20 percent of the Westbrook economy. 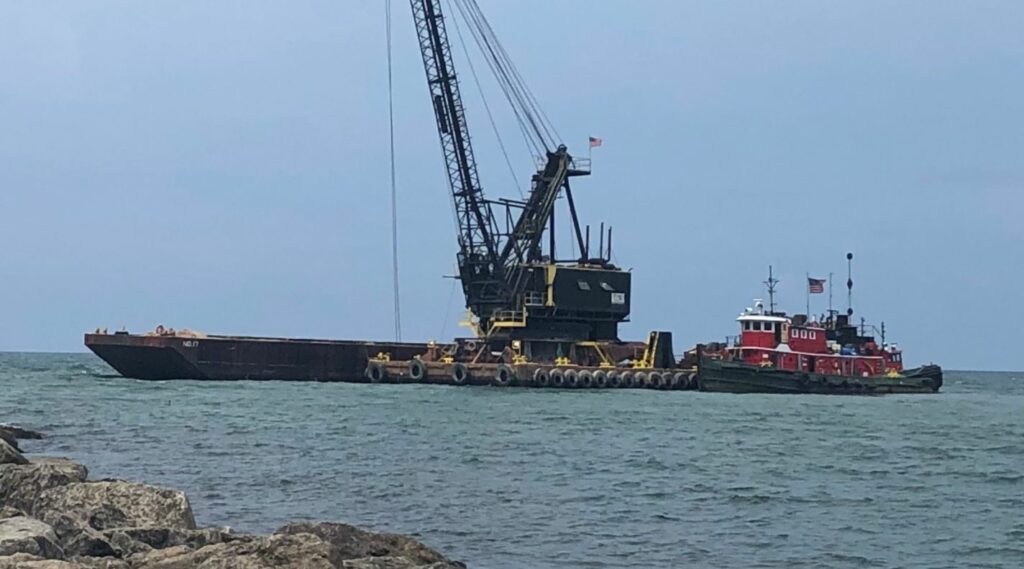