Nearly 19,000 trees will be planted in Gladstone by Conservation Volunteers Australia as part of a rehabilitation project funded by the Western Basin Dredging and Disposal Project.

The re-vegetation project is part of the LNG industry’s commitment to minimise their environmental footprint during the construction of the bund-wall at Fisherman’s Landing.

“It’s critical to re-vegetate the area because it helps with the native flora and fauna to carry on as per usual and to link existing remnants back together.”

The construction of the bund-wall at Fisherman’s Landing required a road to be created through natural bush land to transport rock to the site. Now that the bund-wall is completed, the re-vegetation of the area can begin.

“All of the trees to be planted are native to the area and are the same type of trees that are on both sides of the bush land,” Ms MacDonald said.

“We are not going to re-vegetate to the same density on either sides as we’ll let the birds do that, but we are here to give nature a helping hand.”

“It’s demonstrating that we are trying to work within the environment to complete this project,” Mr Zussino said.

“It shows the commitment from the LNG proponents to return any area affected by the development to be returned back to its original state.” 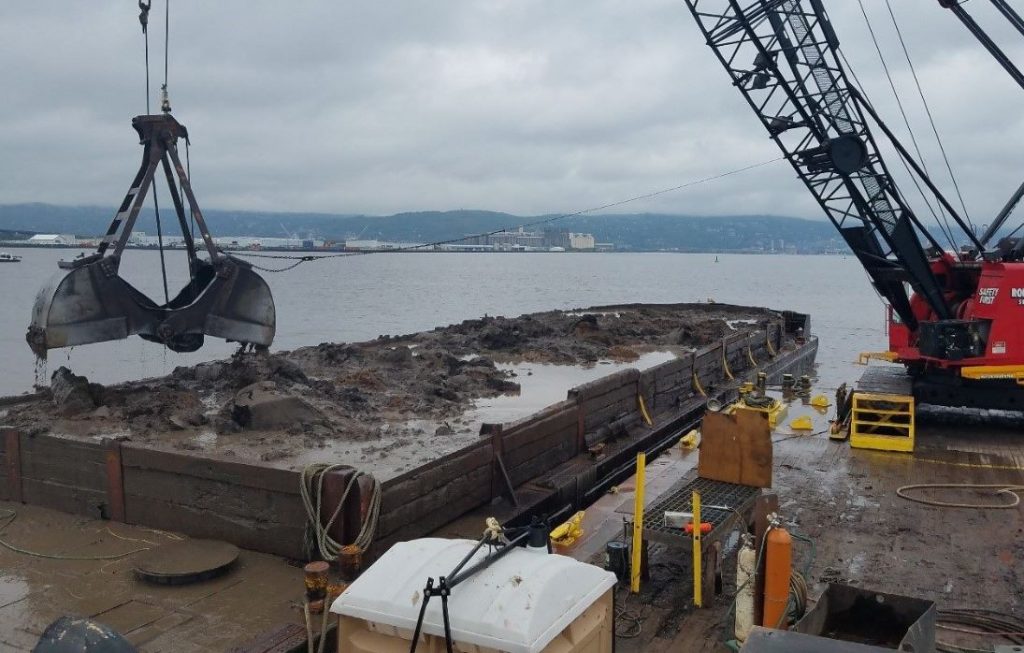