In the afternoon of the 21st of November of 2011, the dredger Helle Saj travelling through a dense fog, collided with her sister ship Tonne, just 400 meters off the harbour entrance of Thorsminde and sank.

Although the ship was lost, fortunately there were no casualties. Koole Maritiem, just completing a salvage project in Sweden, was awarded the contract to remove the wrecked vessel, which was located inconveniently and partly blocking sea traffic coming to and from the harbour of Thorsminde.

While supply-vessel Amy was sailing from Sweden to the site, barge Maxi left the port of Ijmuiden with all necessary equipment, including a newly acquired crawler crane and excavator. Both vessels arrived at Thorsminde at the end of March 2012 and operations commenced shortly after.

To simplify the removal, several chains, two excavators and one crawler crane were utilized to relocate the submerged wreck to a shallow location. Although the dredger sank just four months before, the ship was already embedded significantly.

Since the Helle Saj was equipped with an excavator, this object was removed first. So after its fatal dive, this was the first piece of metal to reach the surface again.

All operations went according to plan, although bad weather conditions often prevented continuation. To ensure the safety of all staff, periods of inactivity had to be accepted.

Towards the end of April 2012 the last pieces of the vessel were recovered and placed on the barge. After completing this phase, a sonar survey confirmed a clean seabed and demobilisation commenced.

The Maxi – carrying the remainders of Helle Saj – and the Amy returned in Amsterdam on the 22nd of April. All scrap was cut into smaller pieces and various materials were separated and forwarded to suitable yards. 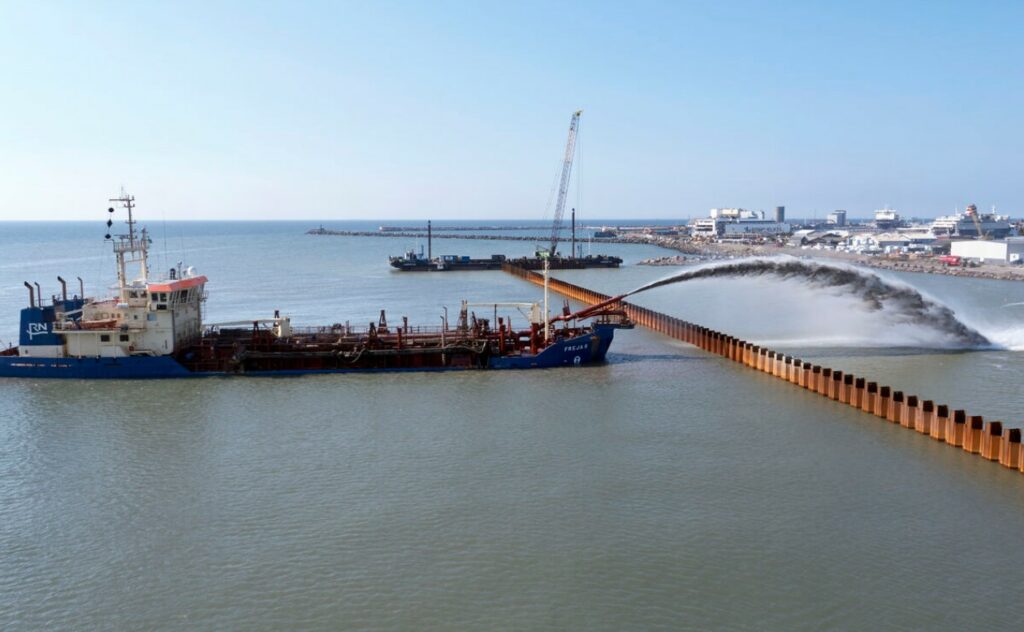