The Dredge McFarland, a 300-foot-long hopper dredge owned and operated by the U.S. Army Corps of Engineers, will be open for tours May 19 at Penn’s Landing from noon to 6 p.m.

The free tours are part of Delaware River Day, an annual event dedicated to safe boating and waterway preservation. Sponsored by the Delaware River Waterfront Corporation, River Day will also feature demonstrations by the U.S. Coast Guard Auxiliary, a blessing of the fleet, free sailing and a “tugfest,” a competition among tug boats that ply the river. Delaware River Day takes place during National Safe Boating Week, May 19-25.

The event will unfold at the Penn’s Landing Marina located directly behind the Independence Seaport Museum on Columbus Blvd. at Walnut Street.

The McFarland is one of four, ocean-going, hopper dredges owned by the U.S. Army Corps of Engineers. It operates basically like a giant vacuum cleaner, sucking up deposits from the bottom of a waterway where they have settled and constitute an obstacle to navigation. Based in Philadelphia, the McFarland is the only dredge in the world that offers three ways to dispose of the sediment it collects. The McFarland can immediately pump the sediment to the side, away from the channel, using its large boom to “sidecast” the material.

The dredge can dump sediment in deep water simply by opening the bottom of its hopper. Or, by far the most common procedure, the dredge can carry the material it has sucked into its hopper to the vicinity of a special deposit facility, then pump it via pipes into that facility. Visitors to the McFarland on Delaware River Day will get to see the equipment and talk to the crew that carry out these operations. 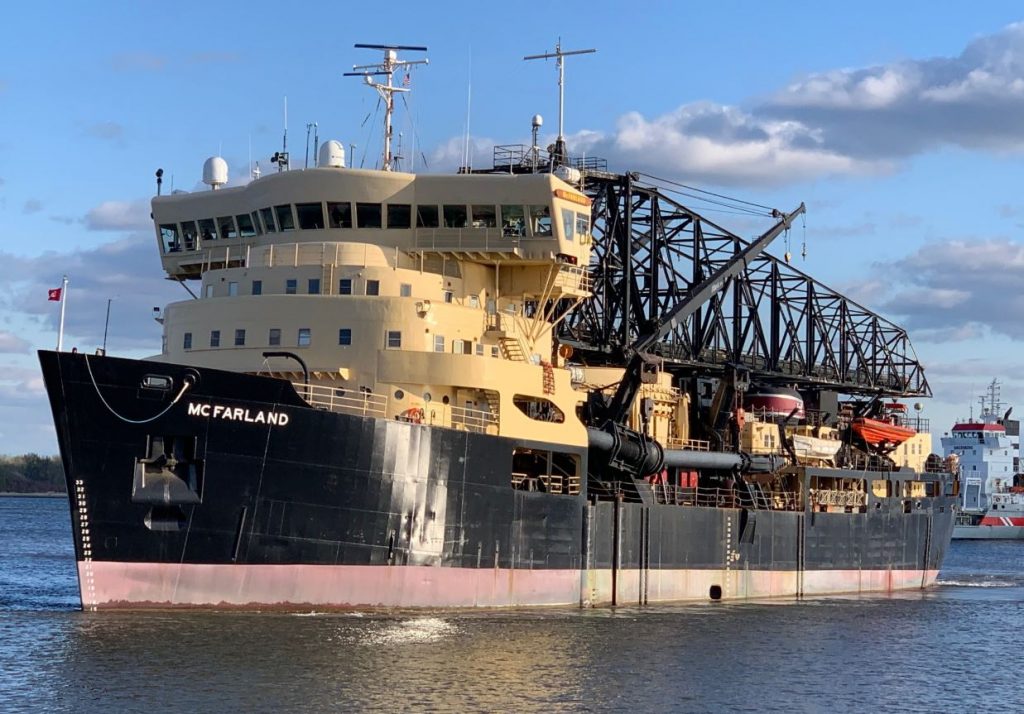