Governor Scott Walker has approved grants totaling $6,964,000 for three harbor projects in Wisconsin. The funds will be used to dredge and make repairs and improvements to docks in Green Bay, Sheboygan and Superior.

“More than 9,500 jobs are dependent on the success of Wisconsin’s waterborne commerce,” said Governor Walker. “The state’s commercial ports move more than 40 million tons of cargo, worth more than $8 billion each year.”

The three harbor projects include:

– Noble Petro, Inc., Green Bay – $720,000 to Noble Petro for installation of a vapor combustor unit at its barge dock facilities in Green Bay. The unit will allow loading and off-loading of gasoline barges for import or export. In addition, the company plans other improvements to eventually export more than 30 million gallons of petroleum products each year. The project will allow Noble Petro to maintain and expand its business in Wisconsin, and will create up to eight new jobs. The Port of Green Bay owns the project area, which is leased to Noble Petro.

– Sheboygan County – $1,500,000 to Sheboygan County for dredging and landfill disposal of contaminated sediments in the Sheboygan River and Harbor. The grant will leverage nearly $14 million in funding from other project sponsors. It will also assist in declassifying the Sheboygan River as a Great Lakes Area of Concern. Dredging of the lower river and harbor will protect more than 50 existing jobs; ensure the continued operability of a $1.3 million commercial fishing industry; and create new opportunities for cruise ships, a naval warship museum and other commercial development.

– City of Superior – $4,744,000 to the city of Superior for stabilization of the General Mills dock in Superior. The dock allows for the loading and unloading of vessels to support the wheat program at the General Mills flour mill. The 80-year-old timber crib bulkhead wall, which defines the slip for ships loading grain at the dock, has deteriorated to the extent that the dock surface is moving into the slip. To prevent soil movement and the significant risk to building foundations, steel sheet piling and tiebacks will be used to replace the base of the wall. The project will allow General Mills to continue shipping wheat by water. Without the facility, eight million bushels of grain would likely bypass the port of Superior and the state of Wisconsin each year. Along with the significant impact to the local community and economy, the project will protect 31 full-time jobs.

Created in 1979, Wisconsin’s Harbor Assistance Program helps harbor communities maintain and improve waterborne commerce. Projects typically involve dock reconstruction, mooring structure replacement, dredging and the construction of facilities to hold dredged material. Since the program began, the Wisconsin Department of Transportation (WisDOT) has administered nearly $93 million in matching funds for more than 70 port preservation and improvement projects for harbor communities along the Great Lakes and Mississippi River. Successful projects must pass a rigorous cost and benefit analysis and receive favorable recommendations from the state Harbor Advisory Council and the Department of Transportation Secretary. 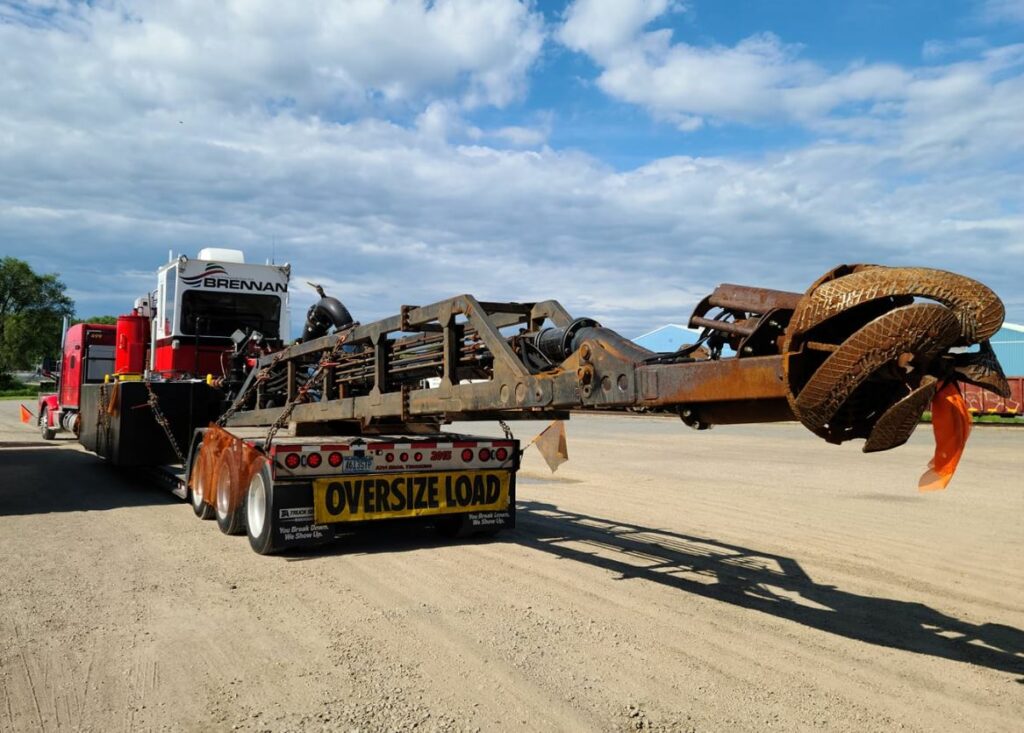