The T-1200 is mobilized to bury power cables at Sheringham Shoals, an offshore wind farm in the United Kingdom that is owned equally by Statoil and Statkraft through joint-venture company Scira Offshore Energy Limited. The wind farm, which is currently under construction, has 88 wind turbine generators, located 17 to 23 km offshore from the coastal town of Sheringham, North Norfolk.

Perry trenching systems are recognized by many clients as a market leader in this technology due to their design, reliability and capability and have been successfully utilised in challenging trenching environments throughout the world. The T-1200 Trencher is an update of the successful T-750 trencher also owned and operated by Canyon Offshore since 2004. 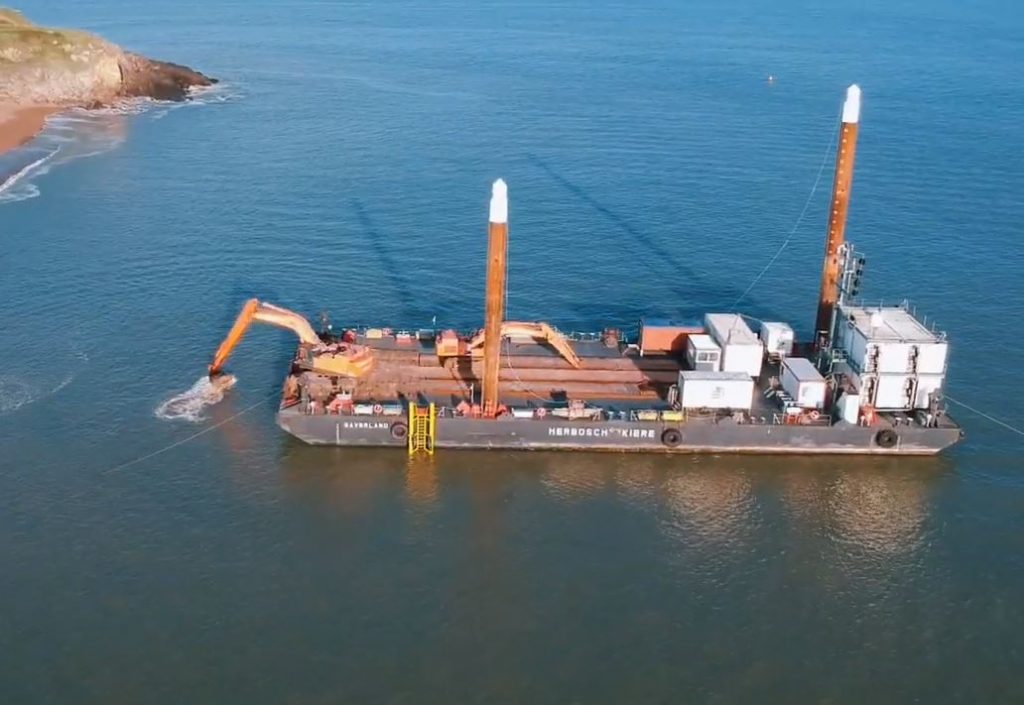