Advertisement
Back to overview
Home Dredging Today Damen’s CSD450 “Fen He” on Its Way to Taiyaun, China

A Damen CSD450 dredger was shipped within 3 weeks from receipt of the order. The environmental cutter suction dredger is right now on its way to Taiyaun, China, where it will arrive well in time to assist in fighting the sedimentation problem of the Fen river.

The CSD450 dredger will be called “Fen He”, which means “River Fen” in Chinese. It will be based in Taiyuan in the Shanxi province in northern China. There, the river Fen leaves the mountains and flows through the city. The river carries a lot of sediment from the mountains and deposits its load around Taiyuan. The local authorities have acquired the “Fen He” to maintain the river Fen at the right depth, also removing layers of contaminated silt in the process. The main functions of the CSD450 are to clean the river, to keep it navigable and to prevent flooding.

The stationary CSD450 exactly fitted the requirements of the Taiyuan Water Board; it works at a dredging depth of – 12 m and has a swing width of 34 m. The Damen dredge pump, type BP45-1100, is powered by a Caterpiller diesel engine of 709 kW and has a mixture capacity of 3.000 m3/h. The dismountable dredger is 22.6 m long over pontoons, and weighs in total 115 tons, but can be dismounted in container sized items which can be transported easily.

As per the Damen principle, customization of the standard stock-vessel was no problem. The CSD450 was delivered within 3 weeks from order, after which it was inspected by the Chinese Import Authority at the yard. It was put on trucks and transported to the Rotterdam harbour. The CSD450 is now on its way to China by boat.

There, it will be assembled under supervision of a Damen Field Service Engineer, who will perform all start-up functions assisted by the local crew. The crew will also follow a complete training program on using the environmental dredger at its maximum efficiency. Together with the cutter suction dredger a full set of spare parts for 1 year of operation was delivered.

The assembly of the CSD450 and training of the crew will be finished well on time to start the maintenance dredging tasks before the start of the winter. 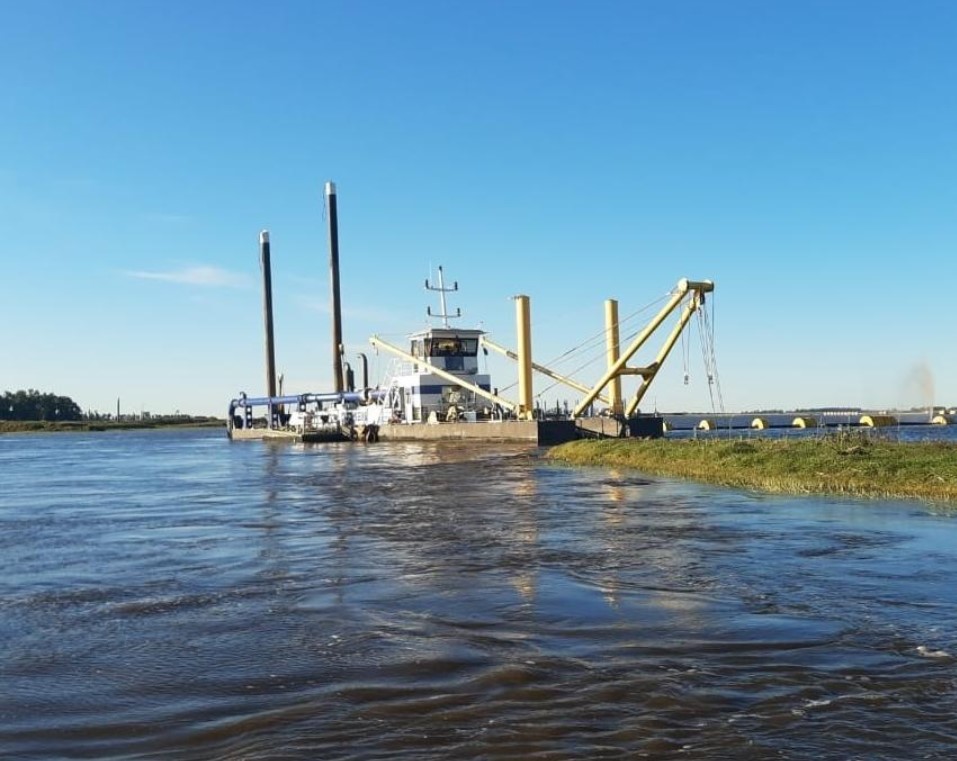