Gippsland Ports recently announced the successful completion of the Government funded 2011-2012 maintenance dredging program on the bar and inner channels at Lakes Entrance.

“Pelican” is a Trailing Suction Hopper Dredge and has proven to be superior to previous methods in maintaining ocean access at Lakes Entrance. The superior technology relocates the sand further away which reduces the rate of sand build up at the entrance, whilst still retaining the sand in the coastal system,” Mr Murray said.

“Maintenance dredging at Lakes Entrance has been a regular occurrence over the last 100 years and plays an important role in providing safer and more reliable ocean access to the lakes system for Victoria’s largest commercial fishing fleet and recreational boaters wishing to access Bass Strait.”

The dredging program commenced on 5 November 2011 and concluded on 3 January 2012 and was carried out by Van Oord Australia P/L.“Pelican” moved approximately 380,000 cubic metres of clean oceanic sand.

The dredging activities undertaken by Gippsland Ports are the subject of stringent environmental controls, overseen by both the State and Commonwealth regulatory authorities to ensure the values of the Ramsar listed Gippsland Lakes are protected.

The 2011 program has now been independently audited for compliance with consent conditions with one minor reported nonconformance and opportunities for improvement noted.

“The Pelican is becoming a familiar sight to residents and visitors to Lakes Entrance given that the vessel has now visited the area on four occasions over the past four years, initially to conduct dredging system trials and more recently in maintenance dredging operations,” Mr Murray said.

“Gippsland Ports manage some of the State’s most pristine waterways, and ensuring the sustainability and accessibility of our waterways for all users is a priority.” 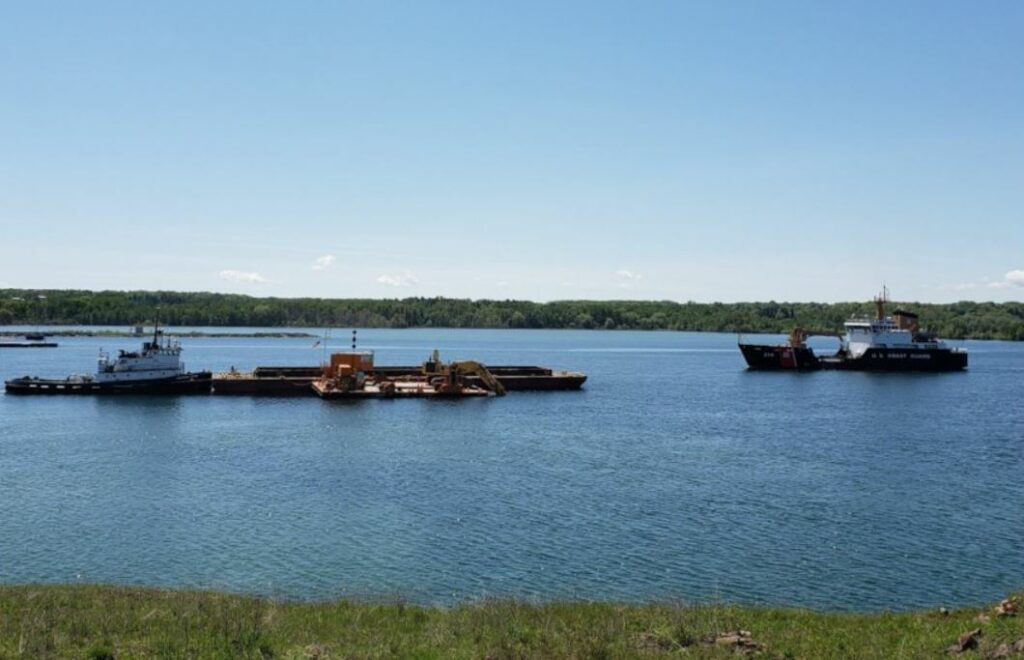