The levee system near Everett, Wash., is getting a $727,500 makeover as U.S. Army Corps of Engineers’ officials are scheduled to repair approximately 1,770 feet of damaged levees at three locations along the Snohomish River starting Monday.

The Union Slough Levee Project is located on Smith Island and provides flood protection to the City of Everett’s Water Pollution Control Facility, more than a dozen local businesses, a marina and communication cables.

Increased river flows and high water events from previous floods damaged the Snohomish River’s right bank levee at the sound end of Smith Island and the left bank levee on Union Slough at the north end of the island. Damage includes a loss of embankment material at both sites and reduced flood defense from a 20-year flood protection level to just a 5-year level.

Repairs entail rebuilding existing earthen levee segments and armoring them with a blanket of riprap. In-water repairs are expected to be complete before Oct. 31, the end of a “fish window” when crews can work in the water with the least amount of impact to species, and will restore levees to their pre-flood level of protection.

The project also includes the purchase of 1.42 acres of offsite mitigation at the City of Everett advanced mitigation site upstream on Union Slough, a 2-to-1 ratio to offset construction impacts to about 0.7 acres of intertidal wetland and muddy bottom habitat. The mitigation site is designed to restore intertidal salmon rearing habitat that historically existed along Union Slough.

Under a cost-share agreement, the Corps pays will fund approximately $555,000 of the repair project. 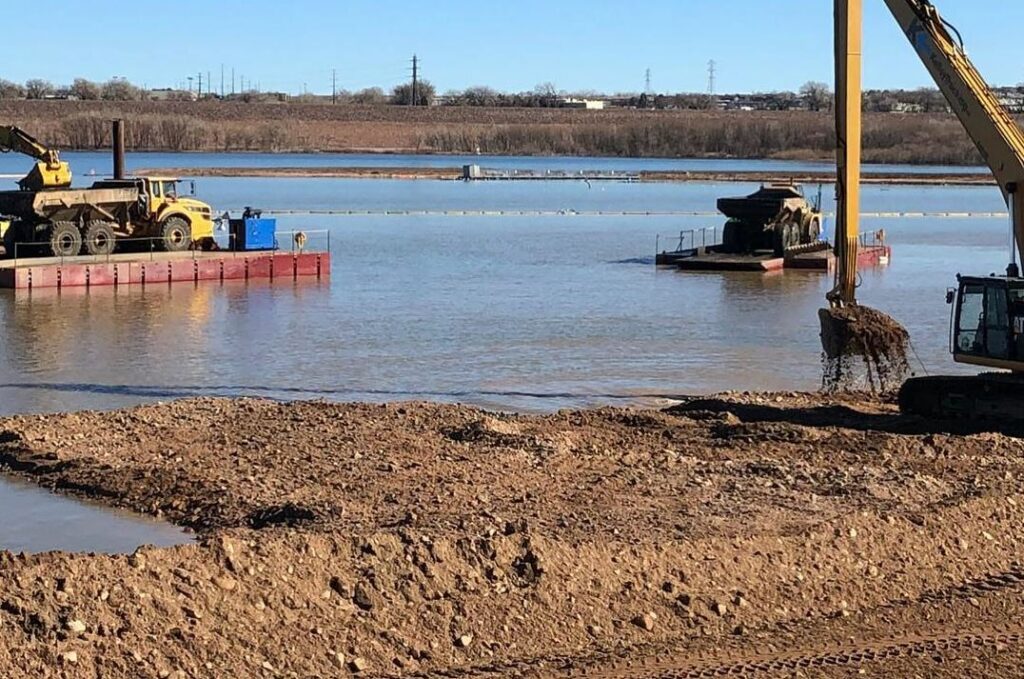