The repair work on the lock ‘De Blauwe Dromer’ near Zeewolde/Harderwijk is making steady progress.

The temporary dam required to do the work safely is now being installed. The repair work is being done for the provincial authority of Flevoland by the Van den Herik contracting company. Deltares, the research institute for water, subsurface and infrastructure, is the technical consultant.

The provincial authority of Flevoland closed ‘De Blauwe Dromer’ (near the Lovink pumping station in the direction of Harderwijk) on Monday, 15 October 2012 because of the risk of the lock subsiding. The problem is groundwater seeping upwards under the lock. This phenomenon can be found anywhere but it can be a threat in the vicinity of a lock because the water can wash away sand, making the lock unstable.

The situation near the lock is highly complex and so the provincial authority called in Deltares last year to provide specialist advice.

– using Biosealing to stop the flow of deep groundwater upwards through the clay layer. Biosealing is an advanced technique developed by Deltares involving the injection of special bacteria that seal off the hole in the clay layer.

– the injection of grout below the concrete bottom to repair the foundations that have been undermined by the washing away of the sand. The holes are closed off, and so the sand is kept in place.

– ballasting the ground in the polder by positioning extremely heavy concrete blocks on permeable sheeting to prevent sand being washed away.

To ensure that the work can be done safely, a temporary dam is being installed in the Hoge Dwarsvaart canal. The work will be completed in the course of spring. 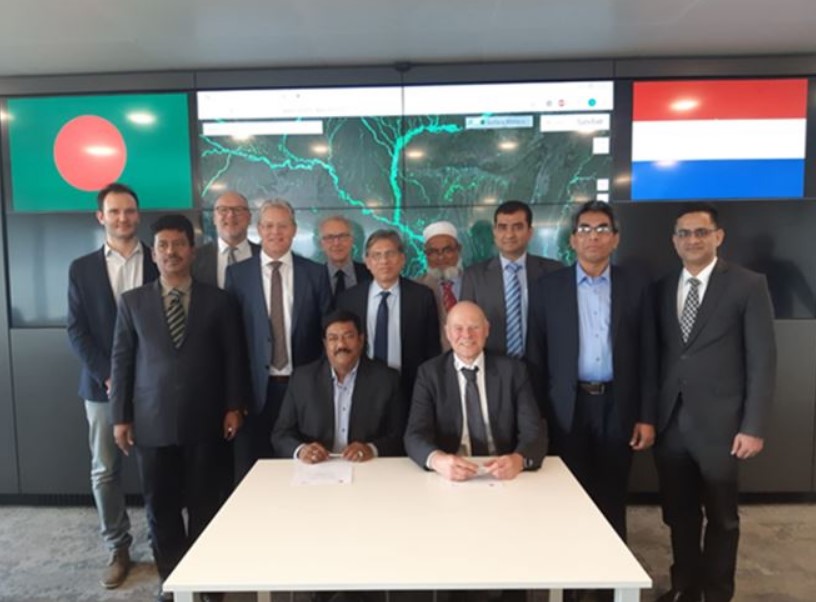