The permit was issued pursuant to section 10 of the Rivers and Harbors Act of 1899, section 404 of the Clean Water Act and section 103 of the Marine Research, Protection and Sanctuaries Act.

Regulators from the U.S. Army Corps of Engineers Los Angeles District issued a federal permit to the City of Newport Beach, Division of Harbor Resources on Jan. 10 for maintenance dredging activities in Newport Bay, located in the city of Newport Beach, Orange County, Calif. The permit was issued pursuant to section 10 of the Rivers and Harbors Act of 1899, section 404 of the Clean Water Act and section 103 of the Marine Research, Protection and Sanctuaries Act.

The Corps Regulatory Program evaluates permit applications for most construction activities that occur in the nation’s lakes, rivers, streams, oceans and wetlands. Federal regulations for issuing CWA permits require the applicant to pursue the least environmentally damaging practical alternative, “which would have less adverse impacts on the aquatic ecosystem, so long as the alternative does not have other significant adverse environmental consequences,” according to David Castanon, chief of the district’s Regulatory Division.

The permit authorizes minor maintenance dredging underneath and adjacent to private, public and commercial docks, floats and piers throughout portions of Newport Bay. The permit allows four options for the disposal of dredged sediments: adjacent beaches, in front of existing bulkheads, at the EPA-approved Ocean Dredged Material Disposal Site known as “LA-3” or at an approved inland (non-aquatic) disposal site.

Under this permit and in order to ensure environmental effects are minimal, dredging is not authorized in certain areas of Newport Bay, including the Rhine Channel, portions of the West Lido Channel, areas west of Newport Boulevard, areas north of Dover Shores, portions of the Bayside Village Marina, Promontory Bay and portions of the Balboa Yacht Basin. However, the Corps Regulatory Division and U.S. Environmental Protection Agency may approve sediment dredging or disposal operations at these locations in the future after further studies and evaluations.

The issued permit is in the form of a “regional general permit.” Prior to issuance of this RGP, entities interested in conducting maintenance dredging were required to obtain individual authorizations from the Corps for their maintenance dredging activities. This permit authorizes minor maintenance dredging activities to occur in a more streamlined manner, but continued oversight by the Corps will occur to ensure full compliance with permit conditions and to ensure that environmental effects of the activities are kept to a minimal level (as required by law). For example, a pre-construction notification must be submitted to the Corps for each project prior to receiving final authorization. In addition, a pre-construction survey for a sensitive submerged aquatic vegetation habitat known as eelgrass must be conducted to help determine a project’s potential impacts. These procedures will help ensure compliance with federal and state regulations. While ensuring minimal environmental effects, the RGP also provides stakeholders with a more efficient, less costly and more timely ability to implement these maintenance dredging activities.

“In our permit review process for this RGP, we worked with local officials and homeowners to avoid and minimize impacts to sensitive aquatic resources such as wetlands, submerged aquatic vegetation and other coastal waters to the extent possible. Following those efforts, if any adverse environmental effects remain, we focus on developing compensatory mitigation plans to offset those permitted impacts,” said Castanon. “The Los Angeles District’s regulatory mission is to protect the nation’s waters in Southern California and Arizona, while allowing for reasonable development and public infrastructure needs through fair, flexible and timely permit decisions.”

• To provide strong protection of the nation’s aquatic environment, including wetlands.

• To ensure that the Corps provides the regulated public with fair and reasonable decisions.

• To enhance the efficiency of the Corps’ administration of its regulatory program. 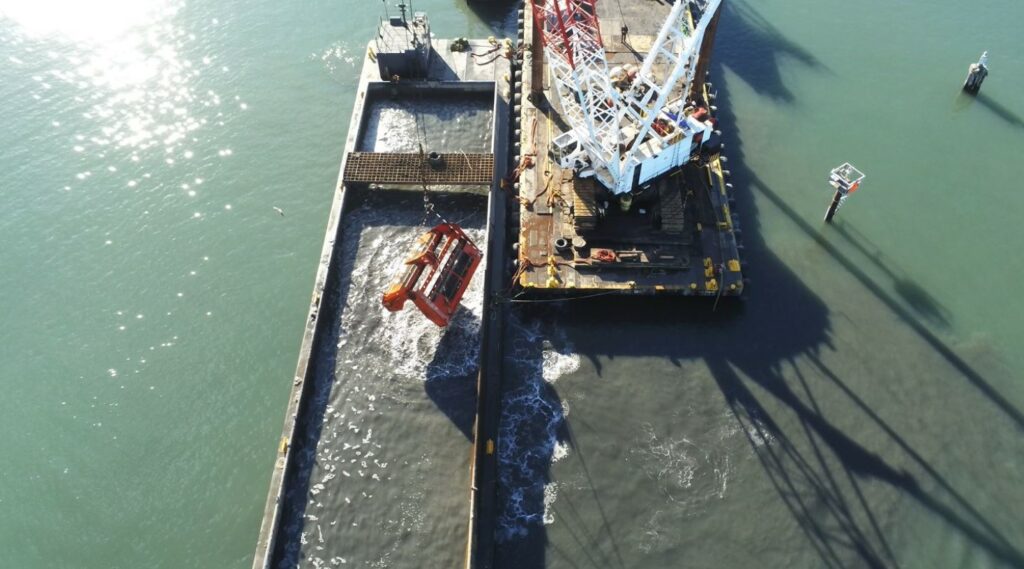